Report: The Cubs Are Interested in Dan Haren (UPDATES: Bruce Levine Hears It, Too) Skip to content 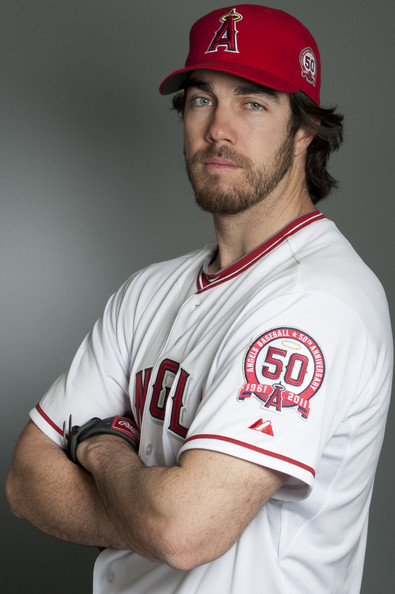 This should come as no surprise to you folks, as it’s been written about here quite a bit this week, but now there is a national report connecting the Cubs to Angels starter Dan Haren.

Jon Heyman reports that the Cubs and Red Sox are among a handful of teams (he doesn’t name the others) actively speaking to the Angels about a trade for Dan Haren. You’ll recall that Haren is subject to a 2013 option for $15.5 million ($3.5 million buyout) held by the Angels, and a decision is due on that option by 11pm CT tonight. The Angels, all things considered, would like to deal Haren before having to decide whether or not to pick up that option. If they deal him, they could send along $3.5 million (since they’re obligated to pay at least the buyout price anyway), making Haren a mere $12 million one-year commitment. That could net them a nice prospect, despite Haren’s down 2012 season.

(The Cubs, however, might prefer to just take on the full $15.5 million, and part with a lesser package of prospects. It’s up to the Angels, really.)

Haren, for his part, expects to be dealt today.

The national media – Heyman, in this instance (and Ken Rosenthal, earlier in the week, who did not list the Cubs as a possibly interested party) – sees the Cubs as an unlikely or odd fit for Haren, given their presumed non-contention in 2013. But, as I explained earlier in the week, Haren, for the Cubs, represents the opportunity to pick up a quality pitcher on a one-year deal, whom they could flip at the deadline in 2013 if they, indeed, are not competitive. Getting Haren – or someone like him – on a one-year deal in free agency would be impossible.

UPDATE (11:50am CT): Bruce Levine hears from a source that the Cubs, indeed, have interest in acquiring Haren. Though the source went on to note that Haren is “one of many” starting pitchers the Cubs are considering. Also, you have to remember: there are probably a lot of teams interested in picking up Haren, each for their own reasons. A team on the cusp of competing next year may be more willing to pony up the prospects than the Cubs, who undoubtedly view Haren as much as a flip candidate as an actual piece to the competitiveness puzzle in 2013.

UPDATE 2 (at 12:05pm CT): Ah, remember all those update posts from the trade deadline era? This might turn into one of those. Jon Heyman tweets that the Yankees are not in on Haren, and says that it’s the Cubs, the Red Sox, or … others. Not exactly a huge help, but at least we know it’s down to 29 teams! (Not 28, because the Angels might keep him.)

UPDATE 3 (at 1:20pm CT): Jim Bowden says the Angels aren’t interested in picking up Haren’s option and then trying to trade him later in the offseason. In other words, according to Bowden, we’ll have a kind of resolution today: either Haren is traded, or becomes a free agent.