The First Cut is the Shallowest: Szczur, Diaz, and Brenly Sent Out Skip to content 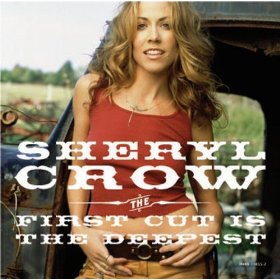 Today the Chicago Cubs made their first round of Spring cuts, and it was just a few guys who were obviously going to be moved out soon enough.

Outfield prospect Matt Szczur, catching prospect Michael Brenly, and new pitching prospect Dayan Diaz will head to minor league camp, where they can start getting ready for their respective minor league seasons. Szczur was assigned to AA Tennessee for now (since he’s on the 40-man roster, that’s how these things work), which is actually probably where he’ll start the year. The other two were technically just sent to minor league camp, but it’s kind of the same thing.

Szczur, because he’s on the 40-man roster, is going to face some pressure this year to put up a quality season at Tennessee. He has the physical tools to be a very useful Major League outfielder, even if it’s just in reserve, but he’ll have show it offensively at AA this year to keep on that path.

Brenly, given the relatively depth at catcher in the system, is a plausible back-up catcher for the Cubs down the road, so he’ll continue to hone his craft in the upper levels this year.

Diaz, you may recall, was the pitching prospect the Cubs picked up on a minor league deal earlier in the offseason. He’ll probably wind up somewhere around High-A or AA, and actually is someone to keep an eye on.

It’s interesting how shallow today’s cuts were. Usually, there’s a relatively long list of young guys cut in the first go around, because there are a number of guys whom we all know won’t be making the big team. But, obviously there’s still a great deal of value in having them with the big league team and coaching staff, so there’s no real harm in keeping them around for a little while. Even after they’re sent to minor league camp, they can still come up for split squad games to help fill in.

The Spring roster stands at 59 after today’s cuts.