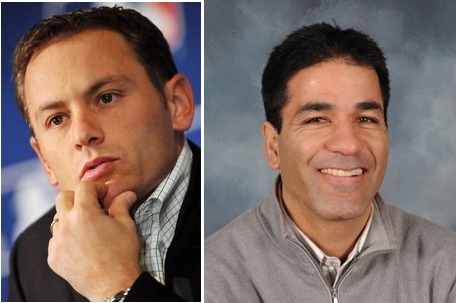 While the Chicago side of things hasn’t yet confirmed a deal, this doesn’t look like the kind of trade the San Diego media would screw up in their haste …

San Diego writer Corey Brock reports that the Padres have traded positional prospect Jose Dore to the Cubs for a PTBNL or cash (which usually means the PTBNL isn’t going to be much to fret about).

Dore, an outfielder who just turned 21, was drafted in the 8th round by the Padres in 2010, and hasn’t yet played above A-ball. The timing means, yes, he was a Jed Hoyer/Jason McLeod draft pick. He received a well-above slot bonus ($450,000), so the now-Cubs duo must have really liked him at the time.

The timing of the deal is a bit strange, though prospect trades do often happen after the flip of the calendar. The Padres’ system is notable for its glut of quality positional prospects, so I can imagine that they perhaps saw Dore getting squeezed out of a developmentally appropriate spot, reached out to Hoyer and McLeod, and felt out whether they wanted to re-acquire him. For their part, the Cubs probably felt like they could use another outfielder at the A-ball/High-A level.

Dore hasn’t done much offensively in his time with the Padres, though he’s had a decent walk rate (to go with a high K rate). In 2012, he played just 9 games, going down in the first week of the season with an injury, the details of which I haven’t yet been able to track down. I’d imagine that’s why he spent his little time on the field in 2012 at first base, though.

Because of his limited professional experience, you’re not going to see too much written about him in terms of scouting reports or rankings information. He strikes me as a legitimate, but remote and lower-tier, prospect.

I’m sure we’ll hear more about him in the coming day, as well as more about what the Cubs will ultimately give up.