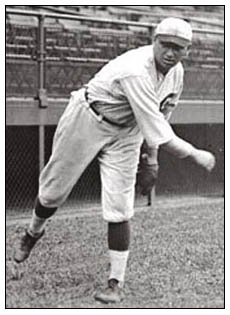 [Ed. – This is a guest post from BN’er Myles Phelps, a swell guy who writes about the Cubs from time to time (and you can find him on Twitter here). Myles wanted to share another idea with us, and it’s a hilarious list of random/obscure Cubs players. This is part two of the list, and here is part one, in case you missed it. This is second humorous/informative list Myles has shared with us, the first being his collection of Cubs surprises and scandals.]

Baseball is awesome. It just is. You’re reading this because you agree. Think about all the history that has happened during baseball’s existence. It has survived a great depression and two world wars. It has seen the moon landing and the invention of the television, cell phones and the Internet. It’s seen the Berlin Wall coming down and the first Black president. And that’s not even close to all of it (I’m sure you figured that out).

Besides these events, as we learned last time, history also gives us players that come and go. Some of these guys aren’t household names like The Babe and Murderer’s Row or Reggie Jackson. Some of these guy’s names are … Bubbles Hargrave and Orval Overall. Ever heard of them? Me neither.

Again I want to re-emphasize that I’m no expert. I don’t know what the Cubs lineup looked like during the Wilson administration. AND some of these players were actually legitimate in their day. But they have funny names. So let’s continue. If you’re keeping track at home, this is now the third Cubs player on the list named after a president. I did some extremely light research, which literally took no effort at all. I went through my phonebook and found not one contact named after a president. Not one George Bush or Bill Clinton in the bunch (I know it’s a bit premature for those guys). I also had a pretty good sample size: I’ve got 259 contacts in my cellular device (cellphone). I know … I’m a pretty big deal.

(Just kidding, I’m not that vain. I did some more light research and found I’ve only called 4 out of those 259 people over the past week: my girlfriend, my grandma, my mom, and my good friend Bryan AKA “Bryno” AKA “The Big Cat.” I could probably delete the rest. But I won’t because who knows when I’ll need to do more research again.)

Alright let’s get this back on track. Cubs. Baseball. Sweetbread. (Ed. – Sweetbread.)

I couldn’t find much on him actually. His Wikipedia page basically has him being born, playing baseball (relief pitcher), and then dying of cancer to his pituitary gland (which I didn’t know was a thing). He did serve in WWI which is pretty admirable.

What a crazy ass name though.

Remember when I said in the beginning of this adventure that you really didn’t need to do anything to earn nicknames back in the early part of the 20th Century? Here again is proof for you.

Jumbo Brown was called Jumbo because he was, in essence, Jumbo. By all accounts, he was listed as being roughly 295 lbs during his playing days. For reference, CC Sabathia weighs 288 lbs currently.

That’s pretty Jumbo in my book.

Jumbo was actually around for some pretty interesting stuff throughout his days in the MLB. Besides being one of the first ever players to pitch in relief exclusively, he also played for the 1932 Yankees who ended up beating the Cubs in the World Series that year. This was the series of Babe Ruth’s controversial “called shot”at Wrigley. 1932 was also the season that Lou Gherig hit four homeruns in one game–he’s still only one of twelve people to do so.

That’s pretty awesome. He saw two of the greatest hitters of all time do two separately awesome things.

I haven’t seen anything nearly as cool as that. Closest I’ve come is seeing The Big Cat hit two home runs in slow pitch softball.

The way that Bobo earned his nickname isn’t any less hilarious than all the others so far because he was essentially crazy. He used to call everyone (including himself) Bobo. How nuts is that? Not only did he give himself a nickname, he called everyone else by his nickname that he gave himself. I don’t know what to say to that.

I may try it actually–just start calling everyone Myles. I know it’s not a nickname, but hell, I already know my own name so why should I learn others?

Bobo wasn’t a bad player. Actually, he pitched his way to earning four all-star appearances (once on the St. Louis Browns, twice on the Detroit Tigers, and once more on the Philadelphia Athletics).

But I’ve never heard of him, so here his name lies.

Alright. I’m going to be shocked if anyone out there knows who this guy is. He’s probably one of the more true obscure Cubs players that I found.

I have no idea how he got his nickname. He probably got into a fight once and didn’t do well. Or maybe he had a stupid voice. Or maybe it’s one of the nicknames that you get when you’re the opposite. Like maybe he was a super hardcore bare knuckle boxer. Or he could’ve wrestled a bear one time. I just don’t know.

Wimpy only pitched in three games as a Cub and really that was all of his major league career. He did have twelve years in the minors. I picture Wimpy as the original Bobby Scales.

Bet you can’t guess how he got that nickname.

Just kidding, I bet you can.

Bithorn is somewhat of a historical figure in the MLB as a matter of fact. He was the first Puerto Rican to play major league baseball, which blows my mind that it took that long. Including Hi, there have been 243 Puerto Ricans to play in the MLB since. Currently there are 21. Way to pave the way, bud.

Hi had a bit of bad luck after his MLB career ended abruptly, however. A cop in Mexico shot him because he thought Hi was a communist. He was only 35 when he died.

Man, I really brought this post down. I apologize. But such is life, dear friends.

That’s a wrap for part two. Am I going to call out one of your favorite Cubs players for being obscure in part three? I hope not. But there’s only one way to find out.

Check back soon for the final installment.