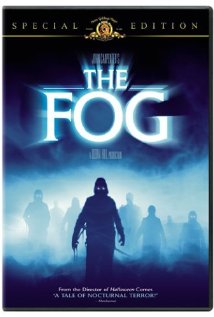 Let’s back up a bit here. I don’t mean to whine, but you must understand where I’m coming from before I launch into this.

On Sunday, my loving girlfriend asked me to fill-in on their 16” softball league. I gladly obliged. I like softball and I like my girlfriend. It was going to be a win-win. But then instead of running the bases like a normal person, I decided I would take a different approach and round 2nd just on my left ankle.

So here I sit. Iced and elevated.

I’ve been looking forward to this Reds series for the past week or so. I have a buddy who’s a Reds fan. I love shoving it in his face when we win (recently though, it’s been the other way around). I also hate Brandon Phillips. Well, hate is a strong word. But I don’t like him. I don’t know why. He just rubs me the wrong way. I picture him picking out a batting stance when he was young and somehow ended up with the Jeff Bagwell. I just shivered. I also don’t like Jeff Bagwell. I don’t have reasons, so don’t ask.

(Brandon freaking Phillips just hit a grand slam in the 3rd by the way. I’m not making this up. It just happened. Ugh, karma.  You win this round, Brandon Phillips.)

All day, I looked forward to watching this game. Nothing is better after a rough day than watching the Cubs at home.

Now I can’t see anything. There’s no one there. And it’s just depressing.

That’s when it hit me: the Cubs as a whole are in a fog.

Let me explain.  And yes this I’m going to hammer down some serious symbolism.

To get me out of this funk I started to read about the Cubs minor league players. Luke does a great job here of keeping us informed, as I’m sure most of you know. But I’ve never been one to get super excited about it.

There are some amazing prospects starting to produce in a big way in the Cubs organization.  Names like Albert Almora, Javier Baez, Jorge Soler. As I’m sure most of you know, they’re growing into studs. And we’re going to see them soon.

On the list of top MLB prospects Almora is 37, Baez is 15 and Soler is at 39. You don’t need to be a stat head to notice that all 3 guys are in the top 50. Think about that. Out of the thousands and thousands of minor league players in the minor league systems, the Cubs have 3 of the best. I don’t know about you, but I think that’s amazing. Sure, there’s probably other major league teams that could be in the same boat or even a bigger, better boat-a yacht even. But if you’re a Cubs fan right now, that’s something to be excited about. We have a respectable speed boat if you will. If nothing else, what else are you going to cheer for?

By the way, Javier Baez hit 4 home runs tonight in High-A.  So, there’s that.

The Cubs organization is doing some good things. We as fans may not see “it” quite yet. We’re in a fog – everything is hazy. We’re most likely not a contender, we may see some guys moved before the trade deadline, and above all … I have a sprained ankle.

But it could clear soon. This isn’t the “hope” train that I’ve preached before. This is some realism.  The minors. That’s where our future is at. And I think it’s real. Just like Scott Feldman’s beard is real.

Yep, the Cubs probably won’t be great the remainder of the year. But let’s keep in mind what and who is not up yet. Let’s keep in mind the Baez’s, the Almora’s and the Soler’s. It’s hard to tell Cubs fans to be patient.

But be patient.  Wait for the fog to clear.

With my feet up and my ankle iced and elevated, all I’ve got is patience.