No Edward Mujica for the Cubs: Signs Two-Year Deal with Red Sox Skip to content 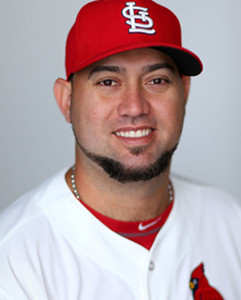 The Chicago Cubs were briefly mentioned as a suitor for free agent reliever Edward Mujica, but you may let him fall from your mind. Jeff Passan reports that Mujica has agreed to terms with the Red Sox on a two-year, $9.5 million deal. That’s a pretty great signing for the Red Sox if you’re asking me.

And therein lies the problem with having too much anger about missing out on Mujica (if you’re upset at all – some folks didn’t want him). Thing is, he signed with a good team. Unfortunately, signing with the reigning world champs is a little more attractive than signing a team that projects to be crummy in 2014, and maybe 2015, too. Oh, and also, it’s a team that’s very likely to trade you at some point.

Such is the Cubs’ conundrum when it comes to getting their preferred targets (again, assuming Mujica really was a target). You can sell the city, the ballpark, and the fans, but the two things that do the most talking are money and winning. Since the Cubs can’t match too many on the latter, they have to be willing to go over and above with the former. If Mujica would have considered there years and $13 million, I think that would have been a worthwhile move. But I could be persuaded that it’s unnecessary overpaying. If you want your targets, though, that might be what it takes until the Cubs are actually good again.

The Cubs will continue on in their search for a quality late-inning reliever, one to whom they can offer the opportunity to close (and then hopefully not have to overpay).