Should Emilio Bonifacio Be the Starting Second Baseman? And Other Bullets Skip to content 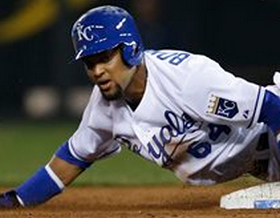 Seems like an appropriate time to remind folks that there’s a commenting policy at this here place, and you are expected to know it/adhere to it. Three things you agree not to do, that I’ll highlight:

to unfairly insult, attack, deride or threaten players, managers, executives or other persons affiliated with MLB (i.e., name-calling, personal insults, threatening comments, aggressive language, etc. – this is not designed to stamp out reasoned or fair/thoughtful criticism); or

to engage in behavior that is not in the interest of facilitating enjoyable, productive discussion (i.e., disruptive comments; excessive caps, exclamation points, and/or text-speak; “trolling;” comments designed to annoy, irritate, or otherwise inflame the passions of other users). Disagreements are fine and encouraged. Persistent, irritating behavior is not.

These rules apply to everyone, regardless of their position on the substance of the discussion (and/or their desire to be treated like a victim – “you’re just singling me out because I don’t agree with you!” – when the rules land on them).