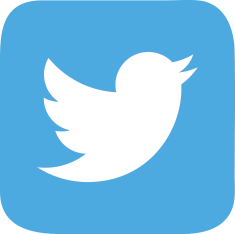 That’s what happened a few minutes ago on Twitter (social media is swell), and it’s still going on now. Here’s a snippet of the fun:

This could be so very good. RT @SaveTheCubs Tyler Colvin having a big night in San Francisco #FireTheo

I undercooked my spaghetti at lunch today. #FireTheo

there are historical inaccuracies in Cosmos #FireTheo

Stubbed my toe walking in from the kitchen just now. #FireTheo

My alarm didn't go off this morning #FireTheo

I ate all my lunch already and it isn't even 11:30. Now I'll be hungry all afternoon. #FireTheo

Theo Epstein is secretly behind the extermination of net neutrality! #FireTheo

I still have no idea who the Yellow King is #FireTheo

My wife hates my body #FireTheo

The DNA test results are in, and YOU ARE the father #firetheo

And it keeps going, and going. Dozens of new entries since I started typing this very post. Congratulations, Cubs Twitterati. You funny.

This, by the way, is why you should be on Twitter, and why should be following Bleacher Nation.