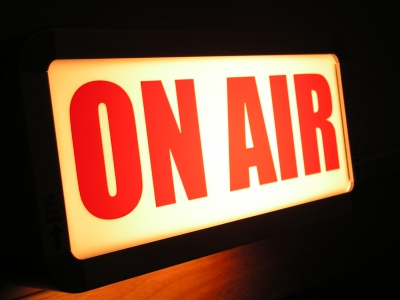 It’s been rumored for quite some time, and it looks like it’s finally happening. According to multiple reports (Feder, Tribune, Sun-Times, Crain’s, CSN), the Chicago Cubs will tomorrow announce that they’ve agreed to a deal with WBBM 780 (a CBS radio station) for their radio broadcast rights, starting next season.

That means that after nearly 90 years of broadcasting Cubs games, WGN Radio will no longer be the home of the Chicago Cubs. With WGN America – WGN’s cable superstation – opting to drop Chicago sports, including the Cubs, from it’s cable plans starting next year (WGN America aspires to be a more traditional cable channel with original content), this is certainly the end of an era.

Not that any of this was unexpected. That the Cubs are leaving WGN Radio is not a surprise, and, like with WGN America dropping the Cubs, it’s actually the other way around – WGN Radio decided to opt out of its deal with the Cubs last Fall, and it could fairly be anticipated then that they weren’t happy with their Cubs-related results. As Robert Feder reports, WGN was losing money on the deal, and they couldn’t make the numbers work. Credible rumors that the Cubs would be landing at WBBM have swirled for months.

The precise terms of the new deal haven’t yet been revealed, though it sounds like it’ll be for seven years, and it’ll probably be similar to the $10 million annually the Cubs were getting from WGN. (Earlier reports suggested the Cubs could improve on that figure slightly, but it likely won’t be by much, and I’ll keep my hooray-more-revenue excitement in check until I see something hard-and-fast.) We’ll see if anything more is revealed at the official announcement tomorrow. And we’ll also see if anything related to the Cubs’ TV rights is discussed.

At WBBM, Cubs broadcasts figure to be very much the same – you’ll just have to slide six notches up the dial – with Pat Hughes and Ron Coomer expected to come over. Because WBBM, like WSCR (The Score), is a CBS station, you can also expect the coverage of the Cubs on affiliated stations to change slightly. And it’s also possible that, if The Score and the White Sox do not continue their relationship when their deal expires in a couple years, the Cubs could be ported over to The Score. Indeed, given that the Cubs are probably going to be pretty darn good by then, that’s precisely what I expect will happen.

This deal was expected to be announced in advance of Opening Day, so I do wonder what caused the extra couple months of discussion. Perhaps the Cubs were giving WGN every possible chance to make things work. In any case, the Cubs have finally notched another “deal” on the business side. Now we just wait for them to lock down the two biggies: getting the Wrigley Field renovation underway, and inking a massive, long-term TV rights deal.