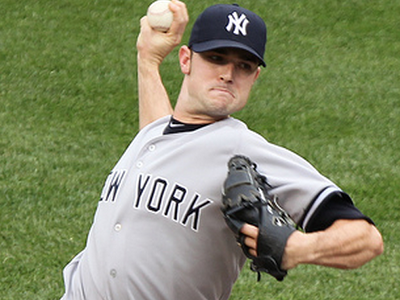 From one high-end reliever in whom the Chicago Cubs may have interest to another: David Robertson, fresh off declining a qualifying offer that would have made him the best-paid reliever in history (for one year, anyway), is seeking to get perhaps the richest overall reliever contract in history.

According to Andrew Marchand, Robertson has starting intitial talks with teams by asking for “Papelbon money,” a reference to Phillies closer Jonathan Papelbon, who received a four-year, $50 million deal a few years ago (including a conceivably-vesting option that would bring the deal to five years and $63 million). Asking for a four-year deal approaching $50 million is understandable for one of the best, and most consistent, closers in the game, but I’m not so sure Robertson wants to evoke Papelbon in his negotiations. The two look to be on a similar trajectory heading into free agency, and the “Papelbon money” deal that Papelbon got has turned into a contract that the Phillies have tried to dump.

Recent projections have Robertson getting a four-year deal in the $40 to $48 million range, so it’s quite possible he’s not so far off the mark in his ask. For the Cubs, however, who’ve been connected to Robertson numerous times, that price is almost certainly too steep, even given the reduced cost they’ll face relative to most other teams, thanks to a protected first round pick.

As I’ve said, while I totally see the merit in adding Robertson, I have a hard time envisioning the Cubs devoting more than, say, $10 million per year on a very, very short-term deal to a late-inning reliever, given their other needs. With Robertson, then, I could see the Cubs hanging around to see if his market isn’t what he hopes it is, and then trying to snag him late in the offseason with a short-term deal (after having signed another qualified free agent or two, meaning that the draft pick cost to sign Robertson is negligible).

Speaking of Papelbon, by the way, I’ve been kicking around a crazy idea for a while, and this seems as good of a place as any to drop it in.

Papelbon is due $13 million in 2015, the final year of his deal. If he stays with the Phillies, and remains their closer, he’s very likely to vest his 2016 option for another $13 million by finishing just 48 games (teams tend not to demote guys who are otherwise succeeding, so the Phillies are looking at realistically owing Papelbon $26 million in a period when they are otherwise not competitive). Were he traded to a team that would not install him as the closer, however, that option would not vest. It would be pretty understandable not to make him the closer, you see, if he were traded to a team that already had a closer.

Even as the Phillies have looked to move him, it’s not like Papelbon has been a bad reliever – he had a 2.53 FIP and was worth 1.7 WAR just last year. That performance mitigates, by the way, some of the concerns you might have about his age (34) and velocity decline in recent years.

So, hypothetically, if the Phillies were looking to save a ton of money, they could trade Papelbon to a team like … say … the Cubs for a minimal return, and eat about $8 million in salary. Then the Cubs could get a top setup man for a mere $5 million, one-year commitment (if he doesn’t finish games, the option doesn’t vest), and the Phillies save $18 million. Sounds pretty win-win to me.