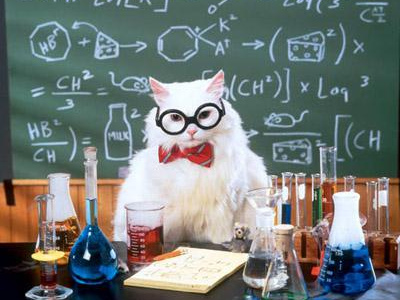 Tonight, we begin Part Two of our two-night look into swing rates and contact rates. In case you missed it last night, Part One introduced (or reacquainted) you to some very useful plate discipline statistics that may be infrequently used, but are very revealing. If you are not completely familiar with these stats (O-Swing%, Z-Contact%, etc…), I suggest reading Part One first, then coming back and finishing this article.

While last night was a broader, general take on swing/contact rates, tonight we will use what we’ve learned and apply it to the Chicago Cubs. The purposes here remain more explanatory than analytical or predictive, but contextualizing these concepts within the Cubs world – with respect to players you already know – can help drive home the importance of understanding how to use these tools.

So, then, for Part Two, we’re going to dive into the 2014 swing/contact rates for four particular Cubs: Javier Baez, Mike Olt, Starlin Castro and Anthony Rizzo. I chose these four because their numbers tell a particularly interesting story and we are familiar with their level of production (added benefit: each figure to play a prominent role in 2015). If you want to see the rest of the Cubs swing/contact rates, look here.

If I asked you which two players had the biggest strikeout issues on the Cubs in 2014, you’d likely respond with Baez and Olt. Intuitively, then, you might expect the duo to have similar, equally alarming swing/contact rates. Instead, we find that in many ways, they are quite different.

Given that the league average O-Swing% is 31.3%, this data suggests that Javier Baez’s strikeouts are at least partially caused by pitch recognition issues (perhaps among many things). Olt, on the other hand, is swinging at about 10% fewer “bad” pitches than the league average, but is still striking out over 30% of the time. To find out why, let’s switch over to contact rates.

Despite offering at 10% fewer pitches out of the zone, Mike Olt makes contact nearly 20% less than the league average (65.7%). Worse, he makes over 10 percentage points less contact on pitches in the strike zone than the league average (87.3%). Unlike Baez, Olt’s problems (last year, at least) appear to be directly tied to contact issues – if you’ve heard someone say that Olt has a “hole in his swing,” this is the kind of thing they are talking about.

But that’s enough negativity; let’s turn our attention to the Cubs’ young all-stars, Castro and Rizzo, to see what has worked for them.

Immediately, we don’t see a lot of variance in their numbers – and that’s partially because both found success in 2014. However, their success wasn’t equal. Let’s think about what’s different between these two players, and then try to see if we can (partially) explain the cause behind it using swing/contact rates.

In 2014, both hit for a similar average, but Rizzo drew more walks and hit for much more power. Looking at the chart, our first tip (as to why) comes via Z-Swing%. In 2014, Rizzo let nearly an additional three percentage points worth of strikes go without swinging compared to Castro. At first blush, this may seem the result of a more selective Rizzo versus a more aggressive Castro, but that doesn’t explain the entire picture.

Continuing down the chart, check out the Z-Contact%: Rizzo makes contact with two percentage points more pitches in the strike zone than Starlin Castro does. What Rizzo’s stats are displaying is the manifestation of a plate approach the front office has been preaching for 4 years: wait for your pitch, even if it means letting some strikes go by.

Yes, Rizzo has more natural power than Castro – comparing a shortstop to a first baseman isn’t exactly fair – but Rizzo’s success may go beyond that. In 2014, he consistently waited for his pitch early in the count, and wasn’t afraid to take a strike. Because of that, he was able to make better, more consistent contact, which resulted in more power.

When it comes to these plate discipline statistics, this is actually a very shallow dive. Hopefully, however, you’ve found it instructive in setting up a foundation for using the principles, and will feel more comfortable with them as we head into the 2015 season.