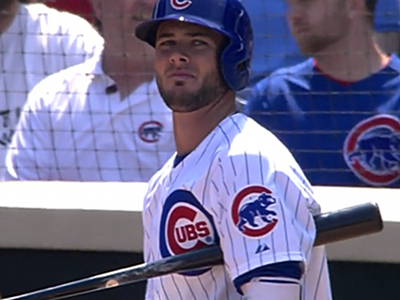 The ESPYs are overdone, largely unexciting, and derided by many. But if you haven’t seen Devon Still’s speech last night about his daughter’s battle with cancer, it’s worth checking out. It’s OK to drop a tear or two, because this is important stuff. Feeling connected to each other. Gaining perspective.

Here's something fun: the 7th most valuable baserunner in baseball this year? Kris Bryant. http://t.co/kxsiV4CyFD pic.twitter.com/5DiiPHHghy

Not sure it means anything when you consider the rest of the numbers, but Junior Lake's BB rate is a huge 13.3% at AAA this year.