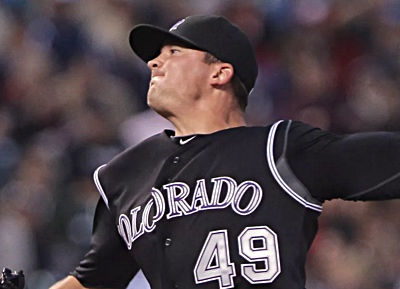 On the tender deadline day, it was never a question whether lefty reliever Rex Brothers was going to get a tender from the Chicago Cubs. Having just traded for him a couple weeks ago, the Cubs got him knowing full well that they wanted to pay him in arbitration.

And, sure enough, not only is he getting a tender today – he’s actually getting his contract:

In other words, the Cubs tendered Brothers a contract and already agreed to a $1.42 million deal for 2016. The Cubs will likely settle eventually with all of the arbitration-eligible players to whom they tender a contract today, but they’re just getting it done early with Brothers.

That’s roughly the range Brothers was expected to get in arbitration – maybe a touch lower – so it’s just nice to have it settled. Brothers will compete in Spring Training for a job in the Cubs’ bullpen, and, with contract in hand, there’s a presumption he’ll win a job. That said, Brothers still has minor league options left, so the Cubs could elect to send him to AAA Iowa to begin the season if there’s not a spot for him. Further, the financial risk here is so (relatively) minimal that maybe you can’t even say there’s any kind of presumption here at all.

Plus, it’s still so early in the offseason to actually think about the periphery of roster construction. We’ll get there when we get there.

Now we await tender decisions on the Cubs’ other eight arbitration-eligible players.