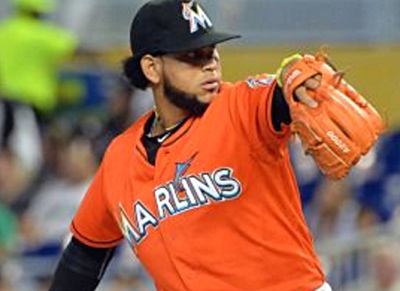 The tender deadline has passed, and, suddenly, there are a bunch of new free agents out there, including reliever Ryan Cook, who was non-tendered yesterday by the Cubs.

The biggest surprise of the day was the Marlins’ decision not to tender a contract to excellent young starter Henderson Alvarez, who was projected by MLBTR to make only about $4.0 million in arbitration in 2016. The reason for non-tendering the 25-year-old righty, presumably, is the shoulder surgery that ended his 2015 season in July, and the attendant recovery that will keep him out for a portion of 2016. To be quite clear, shoulder injuries – especially ones that require surgery – can end pitcher careers. They are not nearly as predictable as elbow injuries. So I don’t think it’s quite fair to call the Marlins cheap or foolish for their decision, despite Alvarez’s breakout in 2013 and 2014.

That said, there will be a number of suitors for Alvarez’s services, which come complete with at least two years of control left. Even with the injury, he’s going to be able to command a big league deal (in large part because he’s going to want to be sure to accumulate service time from the get-go in 2016 so that he can reach free agency after 2017), so some team is going to have to take a financial and roster spot risk on an unknown outcome.

The Cubs do seem to be an ideal candidate to take that chance on Alvarez given their lack of depth at the upper levels of the minors in the starting pitching department. Not only could the Cubs look attractive to Alvarez, but they could allow him to continue to rehab for the first half of 2016 without the need to rush him – on the 60-day DL, Alvarez would still accumulate service time, and the Cubs could then open up a spot on the 40-man roster – and then hope to have him available in the second half when he might be needed most (as well as in 2017).

Again, though: there will be tons of suitors, and tons of teams that look like a fit. Don’t get too ahead of yourself.

Some other non-tenders of note: