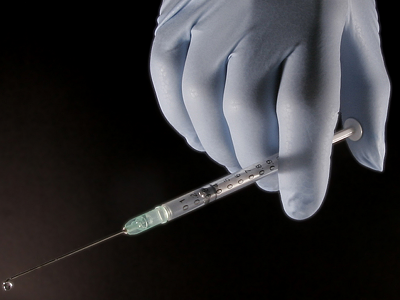 A couple weekends ago, Al Jazeera reported via documentary that various athletes – Ryan Howard, Ryan Zimmerman, and Peyton Manning among them – were connected to a pharmacist who had provided them with performance-enhancing drugs. Not only were there swift and immediate denials, the primary source of the information, Charles Sly, himself recanted what he’d said about the players.

It all seemed a little questionable.

To that end, Howard and Zimmermann have now filed a federal defamation lawsuit against Al Jazeera for the claims in the documentary. It’s a significant step we don’t often see athletes taking in these situations.

Filing a defamation suit in these situations is rare, because actually winning is almost impossible for a public figure, and proceeding through a lawsuit opens you up to discovery (not to mention more media digging and unwanted attention), which is not for the faint of heart. Craig Calcaterra gets into that more at Hardball Talk. Unfortunately, sometimes it’s just not worth going through the process, even if you’ve never used PEDs.

But sometimes filing suit is the way to win the PR battle – Albert Pujols did it when Jack Clark levied some accusations, got a retraction, and now nobody really thinks of Pujols as connected to PEDs at all. Al Jazeera, as a large reporting organization, presumably is much less likely to cave immediately, though.

Speaking of the original report, the New York Times investigated the story, and finds a trainer to whom many of the athletes in the original report can be connected – a trainer named Jason Riley, according to the NYT, who was a business partner of Charles Sly, the man at the center of the initial report. The implication there seems to be that, if there’s a connection between the players, Sly, and a third person, it makes Sly’s original statements – the ones he later recanted – more credible.

Then, the NYT tries to walk a very fine line by pointing out that former Yankees star Derek Jeter worked with that same trainer, who was credited with saving Jeter’s career in his twilight days (again, according to the NYT). From there, a really ample set of caveats: “No evidence has emerged linking Jeter to performance-enhancing drugs, and Sly did not connect him to banned substances, although he boasted of helping other athletes obtain them. And a connection to Sly, Riley or anyone else is hardly proof of any wrongdoing.”

To which I say: then why bring up Jeter and this trainer, connected to Sly, in the context of saving his career in his later years (when you know people will read into your implication)? That seems like a really, really dicey line to try and tread without more facts*, and I’m sure Jeter’s camp is going to be rightfully pissed off (the NYT did try to get a comment from Jeter and/or his agent, at least).

Ultimately, it doesn’t look like the story is going away any time soon, even if it might lay fallow for a while. Both the NFL and MLB have indicated that they will investigate, and it remains possible that their search will prove fruitful. When the very initial Biogenesis story broke, there were many who doubted its veracity, but it wound up being one of the biggest scandals in the post-PED era.

That’s not to say this investigation will be anything like that, mind you. It’s only to say: as I sit here today, I still think this is very thin (and the Howard/Zimmerman lawsuits are at least consistent with that). But we’ll see what, if anything, a further investigation turns up.

*(I should add that I know enough to know that there’s a whole lot out there that I don’t know. Maybe there are facts out there that make the inclusion of Jeter more sensible. Maybe that will be revealed eventually – we’ve seen that kind of thing before. I just don’t see it in the report right now.)