This is Not a Drill: Matt Murton is Reportedly Coming Back to the Chicago Cubs Skip to content 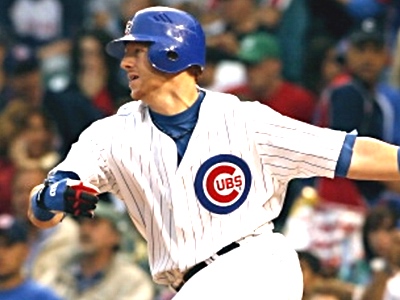 In 2004, the Chicago Cubs had a really good team. They were coming off of the surprising and wonderful – and heartbreaking – 2003 season, but they added to the core, improved the on-paper talent, and headed into the trade deadline nine games over .500 and battling for a playoff spot. Everyone knew the Cubs needed an offensive improvement, and if it could come at shortstop, all the better. The guy manning the spot at the time for most games was veteran Ramon Martinez, whose .246/.313/.346 line that year might not look terrible by today’s standards, but in those days, it was good for a 68 wRC+ (32% worse than league average).

So, then, the Cubs put together a universally well-regarded trade at the time, bringing in elite shortstop Nomar Garciaparra and a prospect from the Red Sox as part of a three-team trade that cost the Cubs only Alex Gonzalez, Brendan Harris, Justin Jones, and Francis Beltran. The departure of none of those guys would go on to cause the Cubs much heartburn. (Of course, the GM on the Red Sox side of that trade was none other than Theo Epstein, whose Sox went on to break their curse that year and finally win a World Series.*)

The rest of 2004 did cause heartburn, though, as the Cubs faded hard down the stretch, losing eight of their last nine games, and missed out on the playoffs in the final week of the season. Garciaparra hit well, stuck around for one more season – during which his groin cost him much of the year – and went on to wind down his career from there in Los Angeles and Oakland.

But about that prospect. The other guy the Cubs received in the trade from the Red Sox.

That was Matt Murton.

But for some reason, the Cubs stopped playing him regularly after bringing in Cliff Floyd to join the outfield mix. Murton spent some time at AAA, bounced back and forth to the bigs a bit more in 2008, and was traded to the A’s that July as part of the Rich Harden deal. It was a bummer to see him go for those of us who’d come to appreciate his skill set – huge walk rate, high contact, good average, decent defense, even if with limited power – but at least the A’s seemed like a perfect fit. Murton had become a cult hero among Internetty-type Cubs fans in those days, when OBP was still not as widely beloved as it is today.

The A’s didn’t give Murton much of a shot, and he was traded to the Rockies that offseason, and they, too, didn’t give him much of a shot. I can’t say I blame him, then, for taking his chances in Japan at that point, even at a still relatively youthful 28. It was time to make some money and put his talent to use in a league where he could excel.

And boy did he. Right out of the gate, Murton was breaking NPB records (214 hits in his debut season), and hit .310/.354/.438 over six seasons. Murton did extremely well in Japan, and I thought that was great.

But now he’s doing something even greater.

He’s coming back to the Chicago Cubs!

A report out of Japan indicates that Murton has signed a minor league deal with the Cubs (h/t Kazuto Yamazaki), and will be joining the team for Spring Training. (Earlier, Murton’s Twitter feed looked like that of a guy who was coming to the Cubs, but the many retweets of the report and congratulations appear to have since been deleted, which could cut either way).

Hopefully the Cubs will confirm the news soon, so we can start fully celebrating the return of Murton. To be quite clear, the odds that Murton, who is now 34 and hit .276/.316/.375 in NPB last year, will contribute meaningfully at the big league level this year are slim. But he hits right handed, has great bat-to-ball skills, and, depending on the defense in the corner spots, could be a nice depth option for the Cubs at AAA if the need arises.

*(Although the impact of the players received that year – Doug Mientkiewicz and Orlando Cabrera – is debatable, the Red Sox later received a compensatory draft pick for Cabrera, which turned into none other than Jacoby Ellsbury.)