Theo Epstein Says Trade Talks Are Picking Up, But Bullpen Situation is Not Dire Skip to content 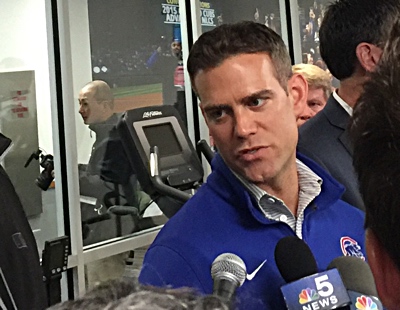 Six weeks stand between now and the non-waiver trade deadline on Aug. 1, and the Chicago Cubs are projected to be buyers for the second straight summer. Though a great deal can change between then and now, as of today, it is evident what is on the Cubs’ shopping list.

The Cubs bullpen has had its fair share of ups-and-downs in the first 67 games of the season. And nothing bears that out like the following statistics:

Bullpens are a mixed bag and are (for the most part) fickle in nature. With that in mind, Cubs president Theo Epstein seems to already have a feel for the trade market.