The Mad Dash for History and Other Bullets Skip to content 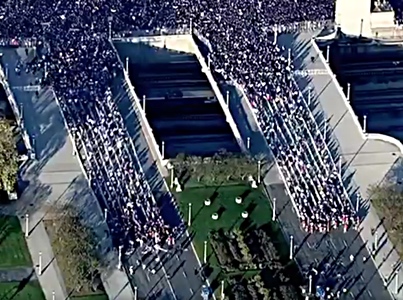 Historically, I am so geeked about this week – the first after the end of the World Series – because it kicks off the offseason, which is not only a time of unbridled hopefulness for the season to come, but also a fun time of rumors and planning and speculation.

This week, I’m still totally geeked, but mostly about THE CHICAGO CUBS BEING THE WORLD SERIES CHAMPIONS.

I will undoubtedly get amped for the other stuff, probably come Monday, which is a big deadline day. But, for now, it’s still so dang hard to focus as much as is necessary on the non-World Series stuff. Fortunately for me, most of these Bullets are World Series-related.

When you finally get to go to something you've been waiting 108 years for #FlyTheW pic.twitter.com/wjOlykuWJu

The Chicago River is being dyed blue right now to celebrate the Cubbies #gocubsgo https://t.co/IW060hWLkz pic.twitter.com/1NXIwgcrSy

My addition to the Wrigley chalk. For my crew back home. Love you GZCL. Couldn't do any of this without you. pic.twitter.com/OtsRjeWqaV