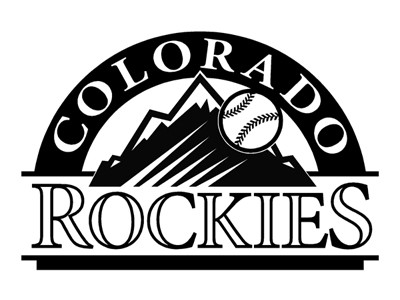 Time and again this season, we’ve kept an especially close eye on a number of the Cubs high-profile, talented front office executives as President and GM opportunities opened up across baseball.

When you have a successful organization, that tends to happen.

But the front office is not the only location for high-profile, talented, non-player personnel. Indeed, there’s plenty in the Cubs’ dugout, as well.

Joe Maddon’s bench coach Dave Martinez is – not unlike Jason McLeod – pegged for bigger and brighter things in the near future, and apparently those calls may be coming in sooner than expected. One organization, the Colorado Rockies, are thought to already have interest in the Cubs’ bench coach for their open managerial gig in the 2017 season. Thomas Harding reported the same just yesterday.

Upon hearing rumors that the Rockies were interested in Martinez for their managerial vacancy, Jesse Rogers (ESPN Chicago), confirmed as much with a league source. Obviously, that’s quite a bit away from formally asking the Cubs for permission to interview Martinez, but that could come soon now that the World Series is over.

Also, don’t expect the Cubs or Joe Maddon to stand in the way.

Maddon not only approves of allowing Martinez to stretch his wings, so to speak, he thinks he’ll be an excellent manager. “When the guy does the bench coaching properly, I absolutely believe it sets him up to be a manager,” Maddon told ESPN. Adding that Martinez has been a huge part of his coaching staff – the staff that got him to and won the World Series – and a perfect liaison between himself and the players.

In addition, the Chicago Cubs front office has never been one to block any potential external job opportunities, particularly when they come with a promotion. So many of the current executives are transplants anyway – Theo Epstein (Boston), Jed Hoyer (Boston, San Diego), Jason McLeod (Boston, San Diego).

If the Rockies want Martinez, it may well be his time to get a shot.

Despite being a favorite for the managerial job in Tampa Bay after Joe Maddon, the Rays elected to go with Kevin Cash instead – the relatively surprising turn of events that led Martinez to the Cubs in the first place. He’s a well-known, top-of-the-list candidate, and a couple more seasons under a successfully run Joe Maddon Cubs team has only made him a stronger candidate.

While it would be a bummer to lose Martinez – don’t be mistaken, he is an extremely valuable piece to the Cubs – you would have to be happy for him. The Cubs ability to seek out, attract, and pin down talent won’t go away anytime soon, so be happy for time spent by the ones who graduate beyond their “assistant”-type roles. Good luck to Martinez. I hope he stays, but I’ll be happy for him if he leaves.