The Next Big Bullpen Domino: Mark Melancon Reportedly Agrees to Deal with Giants Skip to content 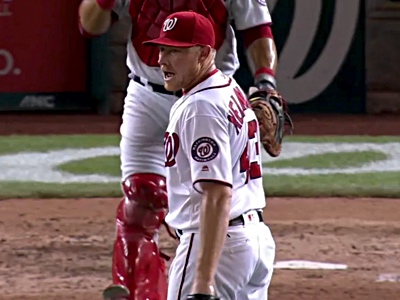 As Michael mentioned earlier in the Lukewarm Stove, we never got the sense that the Chicago Cubs were involved with free agent closer Mark Melancon, despite their need at the back of the bullpen. Perhaps some of the warning indicators scared them off.

But they didn’t scare everyone off, as the Giants were visibly in pursuit for quite a while, with rumors coming to a head this morning, and Buster Olney dropping the first report of a deal:

Sources: The Giants and Mark Melancon have agreed to a deal, pending a physical; Melancon is going through his physical.

Melancon, 31, has been truly fantastic for four years straight, and he will undoubtedly improve a Giants bullpen that was arguably its Achilles heel late last season (thanks, by the way).

But, while he was considered one of the top three closers on the free agent market, he was a clear third behind Aroldis Chapman and Kenley Jansen. And now we see what happens with their markets. The price tag on Melancon has been rumored to be in the four-year, $60 million range (UPDATE: Joel Sherman says 4/$62M). Each of Chapman and Jansen will get more.

In any case, his signing marks the second of the big bullpen moves out there – the Cardinals signed Brett Cecil to a big deal a couple weeks ago – and could continue to move that market, but on the free agent side and the trade side. The Cubs, for their part, are considering all kinds of angles to add to their relief corps.