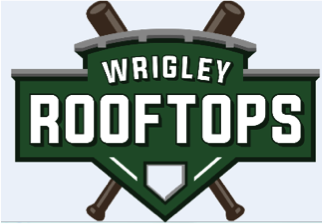 Long before the plaza dilemma with the neighborhood and the city, the Cubs had some trouble with the rooftop businesses on Waveland and Sheffield Avenues … remember? I know. It seems like a lifetime ago.

In short, the rooftops – as a collective – were trying to prevent the Cubs from installing signage and video boards around the outfield at Wrigley Field because of the risk for blocked views of the field from the rooftops.

On the one hand, the Cubs’ former owners negotiated a deal that allowed the rooftops to sell tickets and profit from their proximity and view of the Cubs stadium, so long as they kick back some of that money to the team. On the other hand, part of the contract stipulated that the Cub could improve and expand the stadium so long as they were not solely and intentionally blocking that view. The Cubs won the day, and you’ve seen the boards.

But the lawsuits carried on, even after the boards were installed, so the Ricketts family started buying the rooftops for a variety of reasons, not the least of which was that they could be more valuable under the Cubs’ umbrella. And until just recently, they actually owned ten different “rooftop” buildings on Waveland and Sheffield.

That number has increased to eleven:

According to Crain’s Chicago Business, the Hickory Street Capital venture of the Ricketts family has purchased the rooftop at 3621-3625 Sheffield Ave. for an undisclosed amount. The family previously already had an interest in the building there, but now they’ll own it outright. Swell.

The Ricketts family (not exactly the Cubs), now own 11 out of 16 rooftops, and plausibly could own all of them eventually. Those 11 rooftops are operated collectively, and you can check them out here.

The larger plan for the Ricketts family remains to develop an entertainment district around Wrigley Field – of which the hotel and plaza to the west of the park are certainly a part.

Although the neighborhood may be changing and could even have a drastically different look and feel, I’ve never been one to stand in the way of progress.

You can see all of the Ricketts-owned Wrigley Field Rooftops here.