Only Tweaks for Heyward, Pitch Framing Questions, Hollandsworth Leaving, and Other Bullets Skip to content 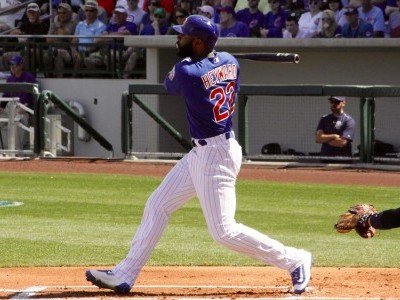 The Taylor Family is headed out for some holiday family visiting today and tomorrow. There will still be reasonably normal posting, though I suspect many of you will be similarly traveling. If so, be safe, have fun.

And if you’re celebrating Festivus today, I got a lot of problems with you people …

OFFICIAL: Excited to announce Todd Hollandsworth-@hollytime28– will join @RichWaltz in our broadcast booth in 2017. Welcome to #Miami, Todd! pic.twitter.com/HIzG3ebIUW