REPORT: Cardinals "Very Much In" Trade Talks with Twins About Brian Dozier Skip to content 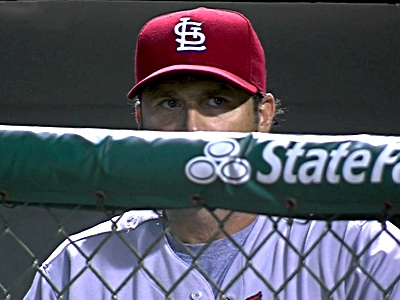 Well, this is certainly something to shake the afternoon up:

That’s four NL contenders in on a potentially transformative trade, and the “very much in it” team is the Cubs’ probable top competitor in the NL Central, the Cardinals. Whoa. For a good long while, it had seemed like Brian Dozier would be headed to the Dodgers at some point. Now maybe not.

Dozier, you’ll recall, is a 29-year-old second baseman who, after three very solid years from 2013-15, broke out in a big way in 2016. He hit 42 homers while playing solid defense at second base, and thus posted a huge 5.9 WAR for the Twins. He’s under contract for just $6 million in 2017 and $9 million in 2018, and to say that he would be an enormous addition to any of the four mentioned teams is not an overstatement.

For the Cardinals, specifically, the addition would make Kolten Wong a movable piece, though he’s coming off a down year at the plate (he’s still good defensively, though, and perhaps would become a top utility option). Maybe he winds up trade bait, though it would depend on how comfortable the Cardinals are with Jhonny Peralta at third base (and Aledmys Diaz’s glove at shortstop). A team could do a lot worse than having Wong as a super utility type, especially if last year’s offensive struggles were a blip, rather than a true problem. The Cardinals also have Jedd Gyorko to work in at various positions.

Dozier’s bat would beef up an already strong lineup, which has added Dexter Fowler (the Cardinals lose Matt Holliday, but he was down in 2016 anyway). Together with the Pirates’ apparent recent pivot toward competitiveness in the next couple years, a Dozier addition could make things much more sticky for the Cubs in the NL Central in 2017-18. Maybe that’s as it should be?

The return in a Dozier trade would be enormous, and with the Cardinals, you immediately start thinking about top young righty, Alex Reyes. I doubt they’d deal him at this point, but I’m sure the Twins would ask. The Cardinals’ farm system is not top tier at this point, so they may have to dip into the young talent at the big league level either way to make a deal.

I’m still piecing this one together, but it seems increasingly likely that Dozier is moved at some point, and, if these are the four teams involved, then it’s going to impact the Cubs one way or another.

With the Dodgers reportedly willing to include top pitching prospect Jose De Leon in a trade for Dozier, though, I’d still call them the favorites. Heck, perhaps this is the Twins trying to pressure the Dodgers to step up just a bit more.