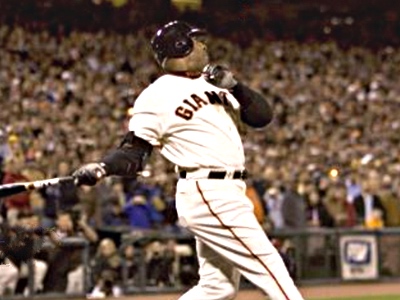 In case you were unaware, the Hall of Fame results are typically announced sometime in early January, but all ballots are due by December 31st.

And in the past, the particulars of each BBWAA’s Hall of Fame ballot were almost completely closed off to the public – especially before the results were announced.

Why? Well, for one, there was no mandate compelling voters to reveal their ballots – as there will be beginning in 2018 – but there was also no Twitter/Social Media, through which they could easily share their thoughts and votes with the general public.

Now that there is a Twitter, however, writers have been voluntarily and sporadically sharing their ballots online, giving us fans an extra glimpse into the early results. And one helpful soul – Ryan Thibodaux – has been compiling all of the reported ballots in one place, to give us a comprehensive, early results overview. Thanks, dude.

So far, Thibodaux has been able to collect 30.3% of the total ballots, giving interested readers (like us!) a relatively deep look into the balloting. And, what do you know? Some of the early results are pretty darn interesting.

Specifically, Barry Bonds and Roger Clemens (two guys who would be automatic residents of the Hall, if not for their steroid scandals (Brett says they still should be)) have seen their vote totals skyrocket this year, at least in the public balloting. After not reaching 50% in the voting last year, both are currently polling at over 70%, just under the 75% threshold needed for enshrinement (again, based on the votes that have been released).

Of course, the pessimistic way to look at that is that they were unable to exceed the “in” threshold, even from the voters who chose to reveal their ballots (who we are guessing tend to be more likely to include PED players). With roughly 70% of votes still out there, then, it’s highly unlikely this’ll be the year for those two.

The trending up of their vote totals, however, figures to continue. Attitudes about the Steroid Era have shifted in the last few years, and some have pointed to Bud Selig’s election to the Hall of Fame as something of a turning point for voters previously withholding votes for suspected PED users who blew up under Selig’s watch.

Aside from the two notable cases of Bonds and Clemens, things are looking very good for Jeff Bagwell (93.2%), Ivan Rodriguez (84.8%), and Tim Raines (90.2%), who is in his final year on the ballot. Vlad Guerrero (76.5%) is doing pretty well for his first time on the ballot, and Edgar Martinez (68.2%) and Mike Mussina (62.9%) are close. Curt Schilling (53.0%) has seen his numbers fall in the wake of some post-playing-days controversy. Former Cubs closer Lee Smith (28.0%), who’s on the ballot for the 15th and final time (he was grandfathered into the old rules), doesn’t seem like he’ll be enshrined in Cooperstown by the voters.

In addition to the overall votes, you can see who’s gained/lost ground, how many years a player has remaining, and what percentage of the remaining votes any given player needs to get in. So head on over to Thibodaux’s spreadsheet to see what the early results look like. It is updated constantly.

Does anything else stand out to you?