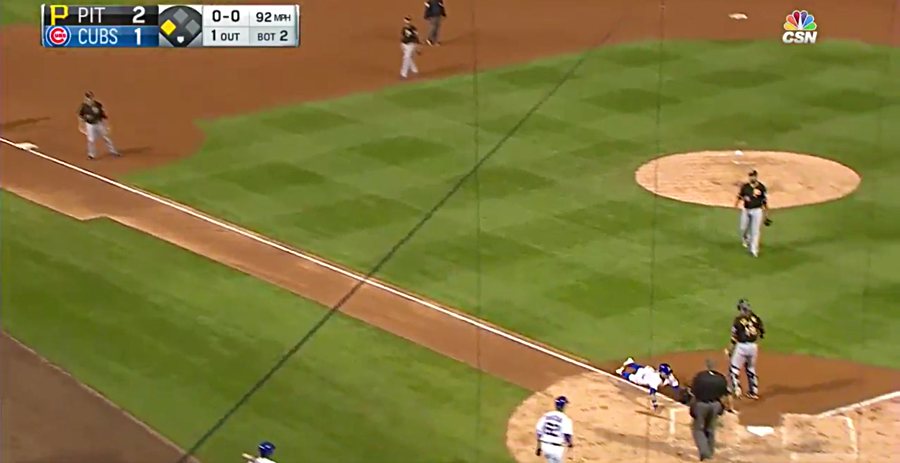 I’d say that it’s the new hair that gave him the ability to pull this off, not unlike Samson … but then, Javy Baez has always pulled off incredible things like this:

That’s Jose Quintana pulling back late on a squeeze bunt attempt, and then the catcher deciding on a snap throw to third base. The problem for him? Baez is about as quick a decision-maker as there is in the game – he saw that throw coming, and he was off to the races. The Pirates didn’t even bother to make a throw home.

Baez was on third base, by the way, because he’d reached on an error, stole second base, and took third on a throwing error. Together with some Pirates mistakes that he took advantage of, Baez created that run entirely on his own.