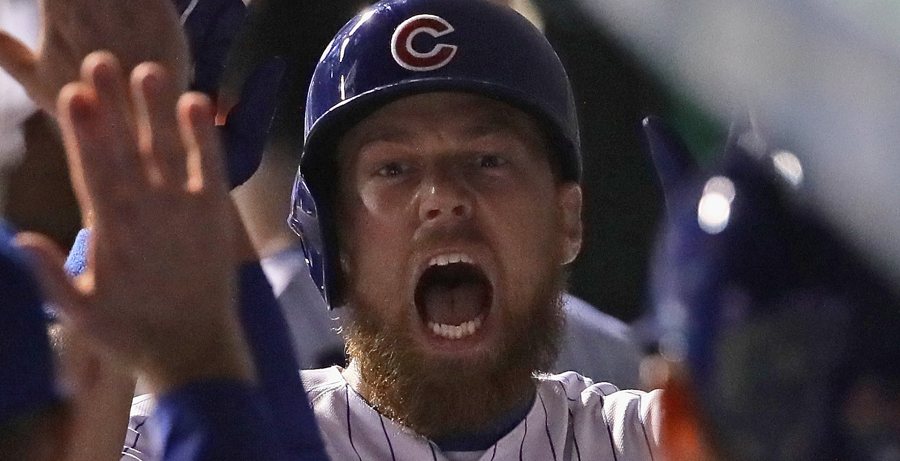 Half-way(ish) through the 2017 season, we took a look back at Ben Zobrist uncharacteristically rough first-half, and postured that a sore left wrist – which can be traced all the way back to the end of May – was probably causing most of his problems (too many grounders, plenty of weak contact, couldn’t successfully/painlessly bat right-handed, etc.).

Unfortunately, even a month after that post, Zobrist was still struggling to perform at the level to which we’d grown accustom, and his power remained almost wholly absent. Since writing that post (August 16), however, Zobrist has improved slightly, pairing a .254/.329/.418 (93 wRC+) slash line with a 10.5% walk rate and 14.4% strikeout rate.

Better yet, against righties, during that same stretch, Zobrist’s overall production spikes up to 107 wRC+ with an even better 11.6% walk rate. That’s, well, that’s not bad – especially when you consider that he’ll probably see very few appearance against lefties this October (by design).

And apparently, he may owe it to the fact that he’s never felt better: “I actually feel the best I’ve felt all year right now,” Zobrist said via NBC Sports. “About Game 156, I felt like I finally got my legs under me. Hopefully, it’s good timing, but I wish it would’ve happened a little bit earlier.” Better late than never.

For what it’s worth Manager Joe Maddon recognized a change in his demeanor, too, adding that he’s been trending in the right direction and “bouncing around,” the clubhouse lately because he feels so good.

I can’t say with any certainty that Zobrist will continue to improve and/or suddenly get better in the postseason, but I can say that his and his manager’s confidence in his health is a decidedly good sign. And, at a minimum, he seems perfectly capable of delivering a professional approach at the plate with plenty of walks, very few strikeouts, and a lot of contact.

And sometimes, in the postseason, a good approach and some contact is exactly what you need: