BOOM! Albert Almora Jr. Gives the Cubs an Early Lead with a Homer Off Clayon Kershaw! Skip to content 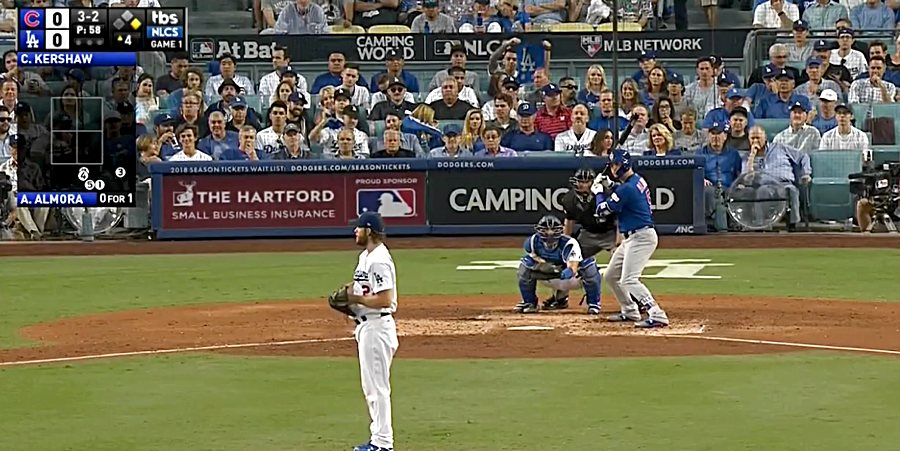 Like Luis wrote earlier today, the postseason starts where Clayton Kershaw has not had as much success have pretty much all had one thing in common: dingers.

So if the Cubs are to beat him tonight, they’re going to want to muscle up against Kershaw. And after a whole bunch of hard contact so far in the early going, including a Willson Contreras leadoff single in the fourth inning, Albert Almora got him really good.

Almora 💣! Cubs take a 2-0 lead over the Dodgers in the 4th. #MLBonTBS pic.twitter.com/TNF3hhuVMu

That thing was a crush job by Almora:

That Almora homer was CRUSHED. pic.twitter.com/yhSRmYCArs

And Almora was enjoying his work immediately, and deservedly: