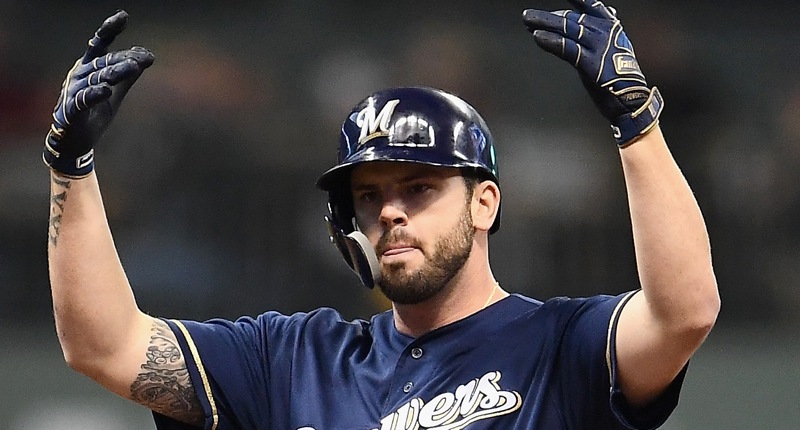 It’s almost like a willingness to spend in this market can yield you really tremendous short-term deals. Wild, I know.

Free-agent Mike Moustakas in agreement with #Brewers on a one-year contract, pending a physical, sources tell The Athletic.

Free agent third baseman Mike Moustakas is headed back to the Milwaukee Brewers on a one-year deal in the $9M+ range, a league source tells ESPN. @Ken_Rosenthal had the agreement first.

Moustakas’s presence on the roster allows the Brewer to cover up their otherwise scary second base situation with Travis Shaw, who is extremely playing out of position there, but has a huge bat. With their extreme shifting tendencies, the Brewers also hide Shaw well.

If there were any question before, there isn’t now: the Brewers are, on paper, right up there with the Cubs and Cardinals in the NL Central. Whatever the projections say, there’s just no questioning it, in my view.

It’s a shame that the Cubs’ opaque baseball budget was not granted some more flexibility this offseason, with the market ripe for the picking and a window of contention open for the club to seize upon. Otherwise, maybe we’d be talking about how the Cubs are trying to take advantage of supreme talents like Bryce Harper or Craig Kimbrel still being on the market.

I know, I know. I’m being overly dramatic. Moustakas is not a game-changer. It’s just the idea of the Brewers taking advantage while the Cubs chill. I’m chapped. So I’m leaving it.