Spring Training Miscellany: Cubs Beat Brewers, Are the Champions of the First Day Skip to content

I somehow forgot to mention it before the game started, but today’s game was actually a re-do of Game 163 between the Cubs and Brewers, so, with their 8-4 victory, the Cubs are now the 2018 NL Central champions! Pour the champagne!

Kris Bryant went deep in his first Spring at bat, Jason Heyward led off the game with a hit, and Daniel Descalso started earning his top-free-agent-signing keep with a two-run single. On the pitching side, Matt Carasiti – who came back to the Cubs after a year in Japan – struck out three in his inning of work. Oscar De La Cruz, who is not eligible to pitch for another month or so as he wraps up his PED suspension, threw a scoreless 9th.

Attendance is 15,716, the sixth-largest in Sloan Park and Cactus League history. #Cubs

Other bits from today …

Goal of the bunt attempt is to have the ball bounce in the hula hoop. pic.twitter.com/B3oBaitOXm

Maddon feeding mini baseballs into a machine from close range, while saying specific situations for the hitters to tweak approach. pic.twitter.com/3kuOIT8G3h

Cubs to work on situational hitting during drills today. Or as hitting coach Anthony Iapoce has now dubbed it, for now on, “opportunity hitting.” As in RBI opportunities pic.twitter.com/EUPDfwRQcK 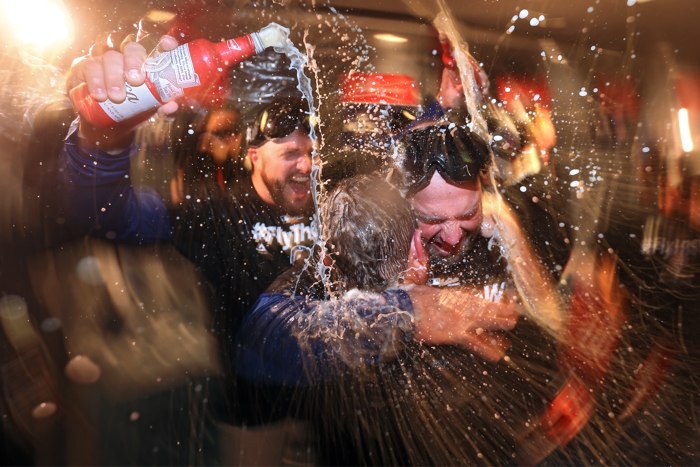