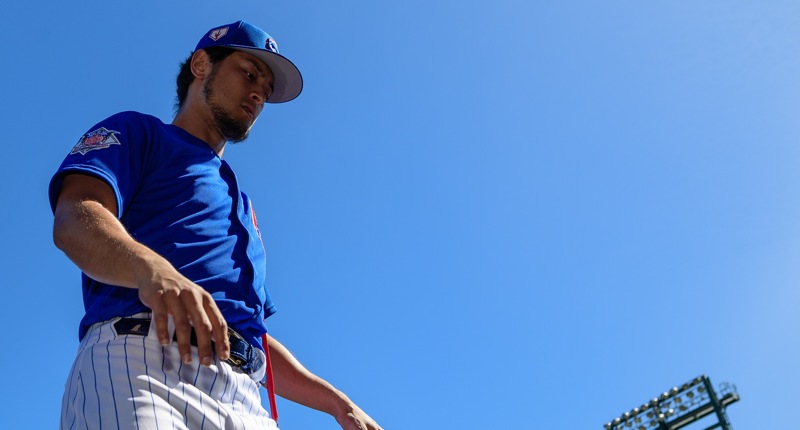 As he comes back from a mostly lost season, a significant series of arm injuries, and then an elbow clean-up procedure, it would be folly to expect a 32-year-old Yu Darvish to post the best season of his career in 2019.

The best of his best probably came in 2013, his second year in the big leagues, when he posted a 2.83 ERA over 209.2 innings, was worth 4.6 WAR, struck out a whopping 32.9% of the batters he faced, and was on an almost nightly no-hitter watch. I don’t say that lightly, because I remember following his starts that year, and tuning in repeatedly to watch him do incredible things.

After last year, it’s been a little too easy to forget why I was so excited for Darvish to sign with the Cubs in the first place. And even if 2019 doesn’t match the absurdity of 2013, Darvish can still be must-see TV for the Cubs, especially if he really is feeling as good as he ever has.

Yu Darvish was quite encouraged by his sharp performance vs the White Sox today: “I’m the best right now in my career,” he said. Why? “Because I’m throwing 97, my slider was really good and my split was good, too. That’s the best stuff in my life.” pic.twitter.com/BLHJK8Oq19

To be sure, even if we could objectively verify and say, yeah, in his Spring Training performance so far this year, Yu Darvish is throwing the best stuff of his life, no one can guarantee that translates to success this year, much less a repeat of a season like 2013.

But for a guy who had the year he had in 2018, and who is coming back from elbow surgery, wouldn’t you much rather he was feeling like this than anything else? Feel good, man! Feel confident! Feel strong! Feel nasty!

I’ll try to keep an even head about me as a fan, but I sure as heck want Darvish out there feeling physically and mentally as good as he ever has.