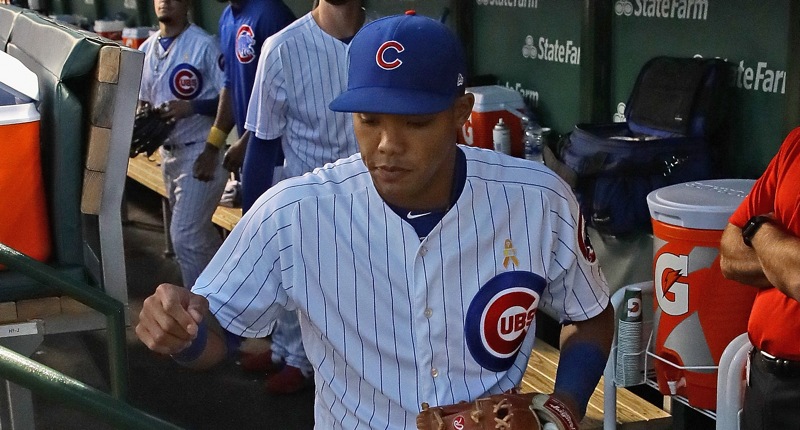 Outside of an early Spring Training press conference with solid, but dutifully pre-planned responses, we haven’t heard much from Addison Russell, who is on the restricted list because of a suspension under the league’s domestic violence policy. He will miss the first month of the season.

Russell, 25, has been undergoing counseling and unspecified other protocols, and the Cubs have said unless he meets certain (again, unspecified) expectations, he will not actually return to the team when his suspension is up. The organization, more broadly, has been doing more to work with their staff and players on the issue of domestic violence, though we don’t know precisely what that entails – Theo Epstein discussed it generally early in Spring Training, and we know the team had a domestic violence meeting this weekend, at a minimum.

Russell spoke with the Sun-Times, touching on his relationship with Melisa Reidy, who came forward with the information about domestic violence that led to Russell’s agreed-upon suspension, and on his progress and support from teammates:

Russell, who says he does hear the boos, is working on his family, and on having good relationships with Melisa and Mallory Engstrom, the mothers of his children. Read the Sun-Times piece for Russell’s comments and more from his teammates.

As for the management side of things, Cubs GM Jed Hoyer reiterated to The Athletic that Russell’s return to the team “continues to be conditional. But thus far, Addison’s shown a real commitment to improvement and to his health and his family. In that regard, things have progressed as we had hoped. But it’s a process.”

That’s pretty much all we’re going to get right now, and although I suppose we’re hearing positive things, I do wish we got a little more information on just what Russell – and the Cubs – are doing to improve the way large organizations handle this issue, support families, and make sure it doesn’t happen. I think it is on Russell and the Cubs to do much, much more than just help Russell deal with his issues and support the families he’s affected. I am hopeful that is happening behind the scenes, but it would probably help OTHER organizations improve what they are doing if it was more public.