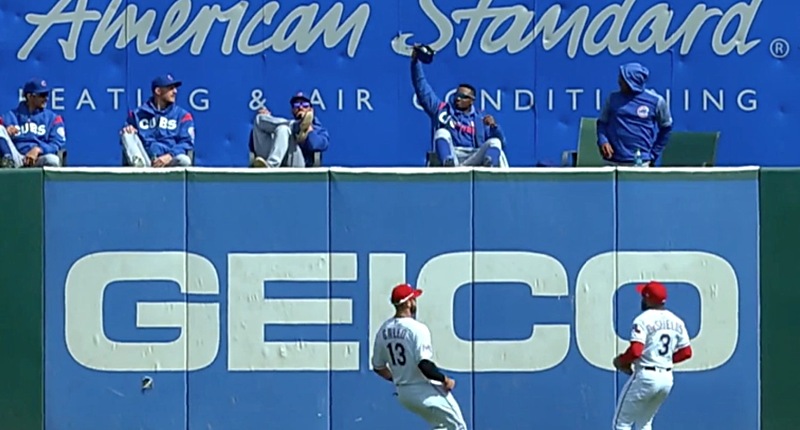 To be sure, any Kyle Schwarber homer is awesome, especially when it’s an oppo shot for his second homer in as many days.

But look at the freaking catch in the Cubs’ bullpen!

And what a catch by Randy Rosario… IN THE HAT! Stream the game: https://t.co/9zmFt10TD8 pic.twitter.com/k2B5Im5YiL

Randy Rosario, from his seat, in his cap! And so casual! That’s incredible.

Lowkey, this is the most impressive catch we'll see this season 😂 pic.twitter.com/oHv2mmCGhz

As for the homer, it was 106.7 mph off the bat and 404 feet out to left center. Kyle Schwarber never gets cheated.

And Randy Rosario with the hat catch in the bullpen! pic.twitter.com/GR4CiS5vjC