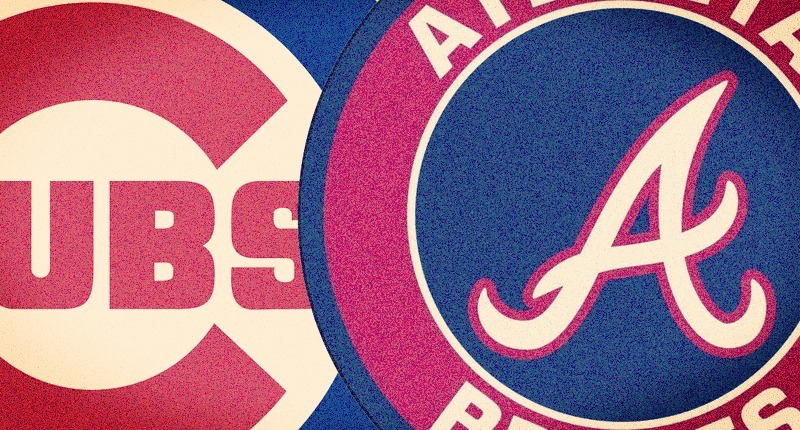 The Cubs started the season off painfully, that is … losing in the exact way we feared they might all winter: the bullpen. The lack of certainty there is/was an obvious issue, and BOOM: two immediate losses. Just like that. This is my shocked font. I’m shocked.

Sure, the starting pitching wasn’t great in Texas, either, but the bullpen had leads to protect in both losses and they surrendered those leads twice. And worse, pretty much everyone outside of Steve Cishek and Brad Brach was partly to blame.

Tyler Chatwood flashed some usability, but ultimately walked too many people. Pedro Strop uncorked a game-ending wild pitch, Carl Edwards Jr. lost the strike zone when guys got on base, and Mike Montgomery was just flatly ineffective at times. I guess Brandon Kintzler and Randy Rosario each threw a clean inning, but, like, whatever. At least the offense looked great.

In any case, the Cubs will now head to Atlanta to take on a contending Braves team, who’ve actually had an even tougher start to the season, dropping three straight to their rivals in Philadelphia. I guess it could actually be worse. Let’s just stop the slide before it happens. It’s time to get back on track – right away.

The Atlanta Braves (0-3) Took a very painful entry into the 2019 regular season, dropping three straight to the division-rival Phillies, who were the “big winners” of the offseason. And worse, the Phillies largely beat them with the very free agents that made their offseason seem so successful (four combined homers from Andrew McCutchen and Bryce Harper). That hurts.

Cubs Pitcher: Yu Darvish is going to be the guy to watch this series. His command was way off in Texas, but we’re hoping that a confluence of events, not least of which was a healing blister on his throwing hand, conspired to derail his evening. We’ll also be watching out for his velocity, which was down a bit, but could’ve been tied to an effort for a little more accuracy. We’ll see.

Cubs Player: Javy Baez might’ve had a huge series, but Kyle Schwarber was actually the most pleasant surprise. Through 13 plate appearances, Schwarber had 5 hits including two homers and a double, plus a walk. Perhaps that new, more crouched stance will pay off.

Braves Pitcher: Sean Newcomb was the Braves top prospect after the 2015 season – and one of the top pitching prospects in baseball – but hasn’t quite lived up to those expectations just yet. Indeed, his first season in the big leagues was a bit of a mixed bag (4.32 ERA, 100.0 IP), though he did take some steps forward last year (3.90 ERA, 4.14 FIP in 164.0 IP). Even still, he feels like the sort of guy who could be in store for a breakout given his pedigree, youth, and, now that he has it, experience. So, basically: don’t look for a soft-landing in Atlanta tonight.

Braves Player: Ronald Acuna Jr. didn’t get off to a hot start against the Phillies, but he was an absolute beast last year and will be right up there among the best this season. He’s obviously the guy we’ll keep the closest eye on this series (from an excitement perspective) , though it’s worth remembering that the Braves have Josh Hamilton and Freddie Freeman, too.