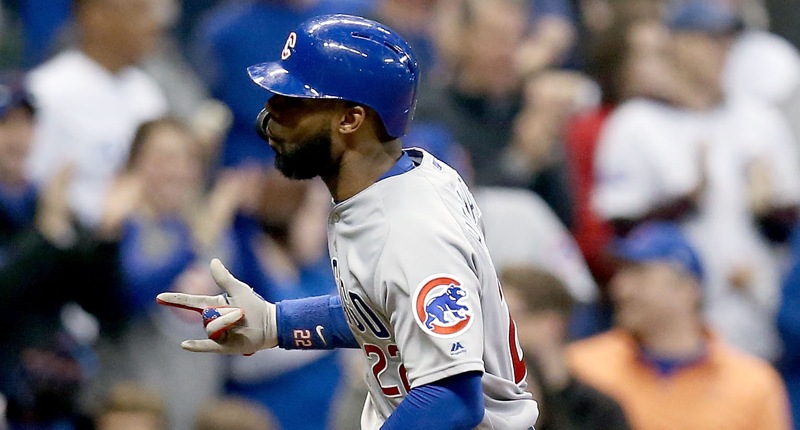 Although you could point to last year’s walk-off grand slam, the three-hit-three-RBI-winner, or even Game Seven of the World Series solely because of The Speech, it’s possible that Jason Heyward had his best game as a Chicago Cub last night.

Heyward reached base all five times he came to the plate, homered twice, and stole two bases for good measure. That’s a fantastic game, and also a unique game right there:

Per Play Index, Jason Heyward is the first Cubs player on record with 2 walks, 2 steals and 2 homers in a game.

Bonus on the stolen base part: the two steals last night were twice as many as Heyward had all of last season.

In all seriousness, this is pretty awesome:

Jason Heyward in an honest moment, when informed that Joe Maddon said its the best the manager has seen him hit the ball as a Cub: "That's not hard to say."