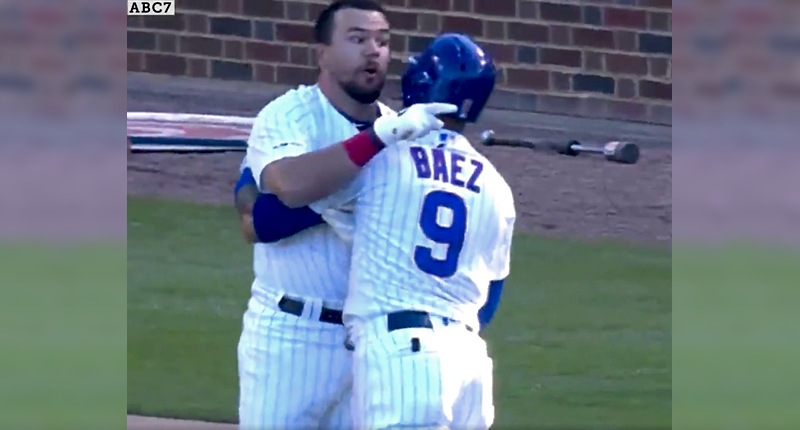 Setting aside whether he should have been more prepared, given the situation, to spit on a breaking pitch in the dirt, Kyle Schwarber has a legit reason to be angry that today’s comeback attempt ended on a borderline check swing call.

And he was very angry:

Kyle Schwarber got rung up to end the Cubs' rally today. He was NOT happy pic.twitter.com/L4MBtUdYTU

Thank you, Javy Baez for saving that umpire’s life.

As for the call, I’ve watched it a bunch, and, to me, it’s such a close call. A “swing” is more or less when you make a genuine offering to hit a pitch, and your swing is not “checked” if you go too far in that process. It’s intentionally vague, but that one just looks so close. Definitely not obviously a swing, definitely not obviously a check. I’d be pissed, too, if I got rung up on that one to end the game, but I’d also be pissed if I were an Angels fan and the call went the other way.

As for the RAGE, I suspect Schwarber will get a fine for chucking his gear and angrily charging at the ump. I doubt that’s a suspension, though.

As for the undercurrent, I wouldn’t be surprised if there was just a little bit of extra (1) pressing and (2) frustration for Schwarber, given his rough week. You would have liked to see him win one there, even if it was just letting himself get walked.

Hopefully he rages for a little bit more tonight, and then sets it aside to work on getting himself back in order at the plate.