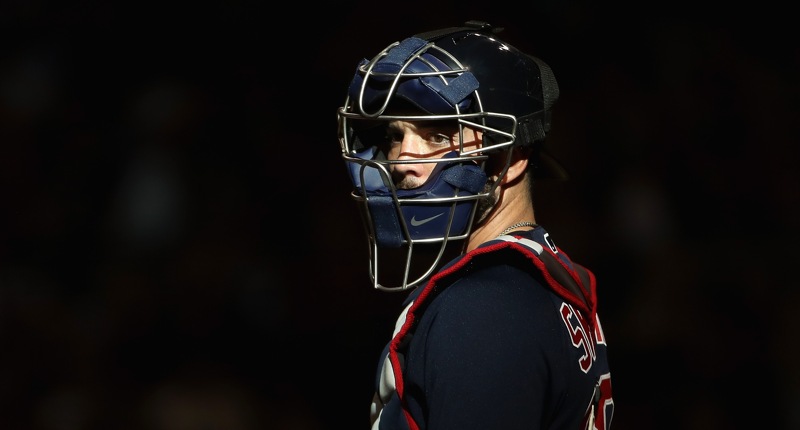 This just happened, and it’s pretty surprising, so the fallout is a little tough to discern so quickly, but I wanted to get this out there because of the potential implications for the Cubs.

The Red Sox must have decided they would rather go with Sandy Leon as the primary back-up. It was always a very close call on which two of their trio (together with Christian Vazquez) would make the team out of Spring Training.

Swihart, 27, is a former top prospect who was originally drafted in the first round back when Theo Epstein was running the show in Boston. The bat consistently stalled out upon reaching the big leagues, which he did for the first time back in 2015, but it has settled into that 85-90 wRC+ range that you see from very good back-up catchers. Of course, the defense has to be there for that to be a “very good” back-up catcher, though, and it’s been a bit of a mixed bag for Swihart, who rates mostly neutral overall as a defensive catcher. Even as a framer, Swihart is more or less around average.

Of note, though, Swihart can also play in the outfield, and is a much better career hitter as a lefty than a righty (.274/.328/.406, 97 wRC+), which could make him a natural complement to a team with a right-handed-hitting starter.

Oh, yeah, the Cubs. Speaking of the Cubs.

With Victor Caratini out for a month or two with a broken hamate bone, they are currently running with Taylor Davis as the back-up, which means they now have an opportunity to evaluate whether Swihart is enough of a short-term upgrade to justify making a trade for Swihart. I’m guessing he would otherwise get claimed on waivers, given the potential, and probably before the Cubs’ waiver position comes up (which is still based on last year’s record). I don’t think Swihart would cost much in trade, but you might have to give the Red Sox an upper level reliever type to dream on.

The Cubs do also have to consider organizational familiarity – while Davis might not quite be the talent that Swihart is, he does have familiarity with the Cubs’ pitching staff and pitching infrastructure. Than can be tough for a new catcher to adjust to in-season.

We’ll be keeping an eye on this one. If the Cubs were to add an option-less backstop like Swihart, they might have a tough choice to make when Caratini returns, but hey, that’s a worry for when it actually happens.