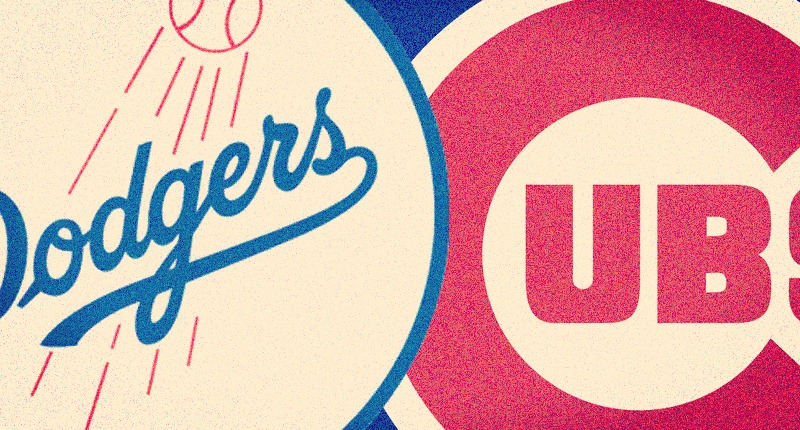 The Chicago Cubs have been rolling lately, relatively speaking, but a big ole test has just landed at their doorstep: the Los Angeles Dodgers. After a slow-ish start to the season, the Dodgers have been one of the hottest teams in baseball, already with one of the best records in baseball and tied for the top run differential in the National League.

Fortunately, the Cubs have a couple of left-handers, Cole Hamels and Jose Quintana, scheduled to throw in this series, and both guys have been on top of their games lately. And although the Dodgers are going to be a tough lineup no matter who takes the mound, they are a little worse off against lefties, so that rotational planning worked out well.

The only big question remaining is who’ll start the third game of the series – could it be one of the rehabbing lefties, Mike Montgomery or Jon Lester, who match up better against the Dodgers? Or will it be the righty Tyler Chatwood, who’s coming off a great start against the D-Backs, but isn’t quite as situated for success against Los Angeles.

That could be something that decides the series, so we’ll be itching to see how it shakes out. And, of course, if the Cubs win this series against the Dodgers, we’ll feel a whole lot better about all the winning they’ve been doing lately (8-3 against the D-Backs, Marlins, Angels, and Pirates).

The Chicago Cubs (10-10) have won 5 of their last 6 games, and 7 of their past 10. They’ve also won back-to-back series, and thanks to a split with the Angels haven’t actually lost a series since April 7th! That’s something!

The Los Angeles Dodgers (15-9) just took three out of four from the Brewers in Milwaukee. Obviously, I’m happy they beat the Brewers more often than not this past weekend, but that’s not an easy thing to do, especially in Miller AmFam Whatever Park. Put simply: the Dodgers are a tough matchup.

Cubs Pitcher: Cole Hamels has not walked a batter in three straight starts, despite striking out a combined 19. He’s also allowed only 3 earned runs over his last 21.0 IP, so he’s about as hot and locked in as it comes. If, for the rest of the season, he is anywhere close to as good as he has been with the Cubs so far (last year and early this year), this rotation will be completely transformed.

Cubs Player: Kris Bryant is such an enigma. Although he hasn’t made a ton of hard contact this season, he’s actually got a tiny 9.1% soft-hit rate. In other words, most of his contact is falling into that “medium” category, which makes it hard for us to determine how badly he’s really struggling. In his favor, his 43.6% ground ball rate and 36.4% fly ball rate are not terrible, and his strikeout rate has actually dipped down to a solid 21.8%. He’s still taking his walks (11.5%), too, so … who knows? Maybe the turn is coming? At least he’s maintaining a solid .345 OBP. That keeps him a little productive while he works through his struggles.

Dodgers Pitcher: Walker Buehler has had some weird starts this year. His last outing – a pretty good one, with eight strikeouts and just one walk and three hits over 6.1 scoreless innings – helps explain the 3.09 FIP, but the 46.2% hard-hit rate and 40% fly ball rate for the season help explain the 5.40 ERA. If the Cubs come out swinging, they should make some good contact against Buehler. And if the winds at Wrigley are friendly, we could see plenty of homers this week. Well, and also lots of strikeouts.

Dodgers Player: Cody Bellinger has been the best player in baseball this season. His 2.3 WAR (already!) just tops Christian Yelich (2.1 WAR) and Mike Trout (1.9 WAR), but his 255 wRC+ is WAY ABOVE either of those guys (225 wRC+, 220 wRC+) … and they’ve both been nuts, themselves. So basically, be prepared for him to do some serious damage, because right now, he’s hitting for average, getting on base, not striking out, and launching homers.