He's Heating Up, Folks: Kris Bryant Goes Deep for His Third Homer of the Season! Skip to content 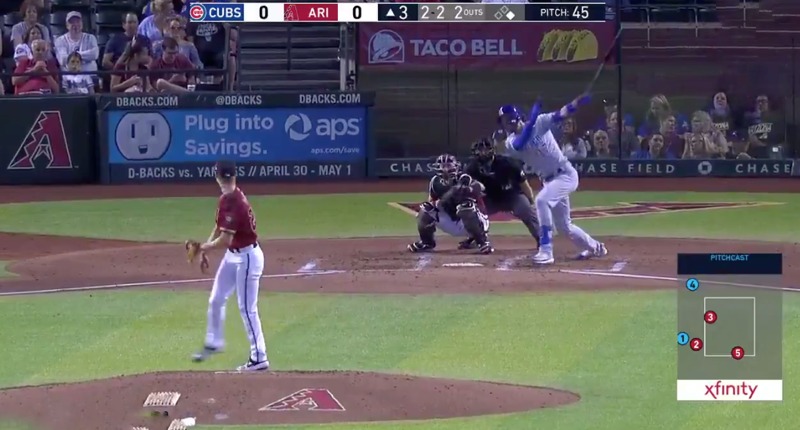 Kris Bryant’s slow start to the 2019 season is no secret, but he has been hitting much better lately. In fact, coming into today’s game, his slash line was already up to .233/.361/.400, which is actually about 7% better than the league average.

But that line is going to look even better after today’s game, because he just went yard for the third time this season.

Like I said, that was Bryant’s third homer of the season and while it wasn’t exactly crushed (102 MPH off the bat, 373 feet), it counts all the same – giving the Cubs an early two-run lead.