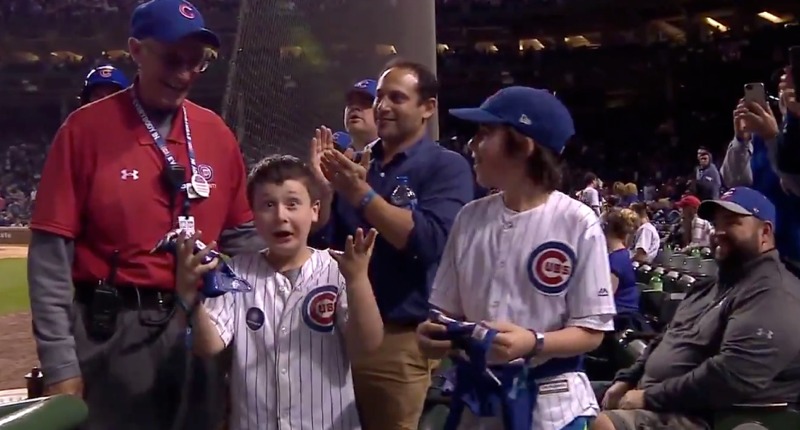 Guys like Cole Hamels, Jon Lester, and, Anthony Rizzo might have deeper resumes than Cubs shortstop Javier Baez (well, at this point in his career), but there’s no getting around it: El Mago is the SUPERSTAR of the team.

Indeed, after finishing the 2018 season as the NL MVP runner-up, he’s slashing .316/.350/.654 with 11 homers already this season, and that’s on top of best-in-class base running and quality defense at shortstop. When you throw in his consistent flare for the dramatic and love for the camera, well, let’s just say he can have a certain effect on people.

Like these two young Cubs fans who are lucky enough to get batting gloves of the ONE AND ONLY Javier Baez during yesterday’s finale against the Cardinals. I might be jealous, but at least they’re reacting the right away … that is to say complete shock and excitement:

Take those home, keep ’em safe. And who knows, one day … you might just have the batting gloves of an MLB Hall-of-Famer.