A New Streak for the Cubs, the Hyped and Dreaded Yu-Jake Match-Up, and Other Bullets Skip to content 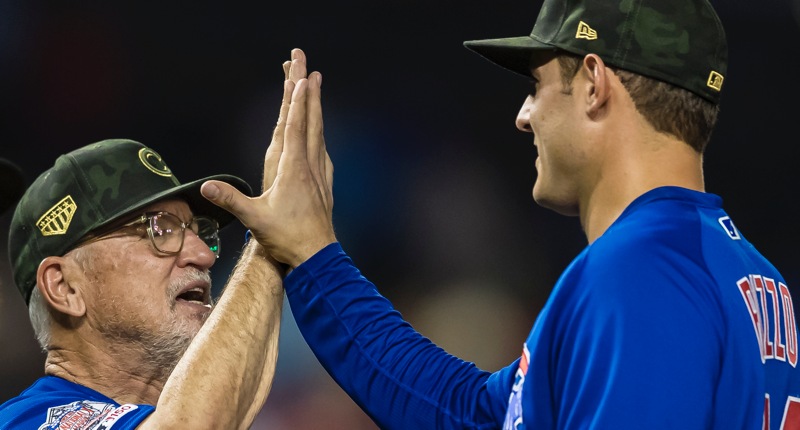 I thought it was fine. Relative to the last two seasons, and against the weight of having to wrap up a decade-long series, I really did think it was fine. Not jaw-dropping or incredible, but fine. And compared to what has come before recently, that’s pretty good. It’ll take some time to digest the final story lines as part of the whole series (because right now, it feels SO disjointed), but I think the series will go down in my mind as one of the most enjoyable viewing experiences I’ve had, overall. Probably not quite there with some of the other golden era top-tier shows, but very high.

I actually think #AtCubs summed it up pretty well, and offered a nice transition in so doing:

The series finale certainly wasn’t perfect, but overall we’re happy with how it ended.

Yu Darvish and Jake Arrieta will face off for the first time since joining the #Cubs and #Phillies.

Who gets the W tonight on @NBCSChicago? TUNE IN at 6:30 when coverage begins! STREAM: https://t.co/XaxYKtJljh pic.twitter.com/NS4SUnRY4Q

And then there’s this!: Tommy La Slugger: How Angels' La Stella found his power stroke https://t.co/qz8oZAoytx

🎙 Today on Onto Waveland → @sahadevsharma @PJ_Mooney and @Brett_A_Taylor talk about the latest with the Cubs.