The Cubs Just Went Back-to-Back For the Second Time Tonight! Skip to content 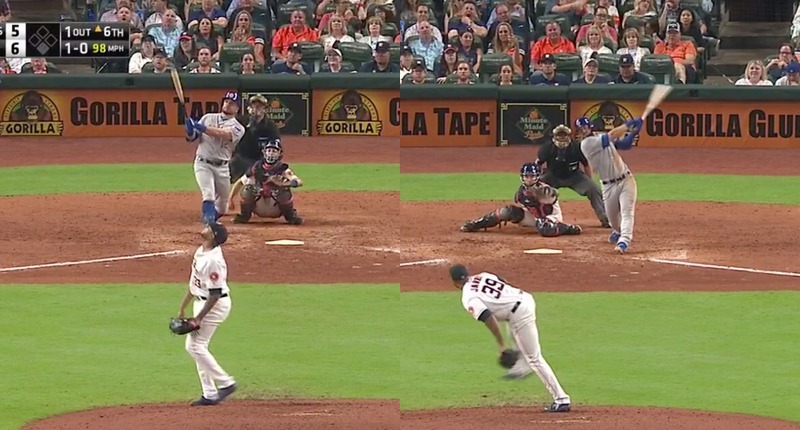 In the top of the second inning, David Bote was the third Chicago Cub to hit a home run (at the time), but he didn’t go back-to-back and he didn’t hit it the opposite way like both Jason Heyward and Addison Russell did.

But now, he can check those boxes, because he just hit his second homer of the game to right field (just before Kyle Schwarber launched his first of the night), bringing the Cubs within one run!

That was Bote’s second homer of the night and just like the first three the Cubs hit in Houston tonight, it, too, was kind of weak-sauce (98 MPH, 355 feet). But, hey, a homer’s a homer and that one counted for two runs.

It also doesn’t matter how weak that homer was, because Kyle Schwarber followed up with a much more worthy blast:

Statcast had that one at 108 MPH off the bat and just under 400 feet. That was Schwarber’s 9th homer of the season. He is straight up hot right now.

Also, this is fun:

With 90 long balls on the year, the Chicago @Cubs are now tied for the most home runs in the National League.

But this is less fun: The Cubs have five home runs tonight … four solo shots and one two-run homer. Get some guys on base, eh?