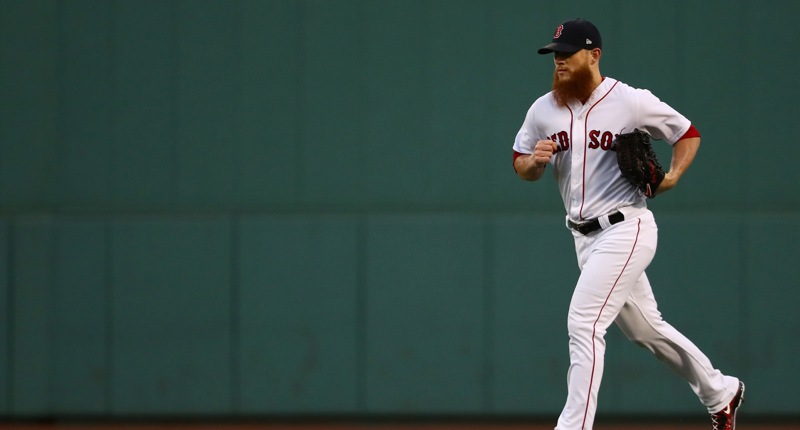 There is not a great deal of precedent for free agent pitchers waiting deep into the following season to sign a contract, and certainly not past the draft to avoid the attachment of draft pick compensation. And the precedents we’ve seen in recent years, with guys signing late in Spring Training, for example, haven’t always been shiny and good.

That is to say, when it comes to signing free agent closer Craig Kimbrel at this point, you’re taking on some extra risk that you wouldn’t if he’d been signed back in, say, January. Yeah, a guy can keep throwing and face live batters for practice for months, but nothing you can do on your own simulates a real Spring Training build-up and then the early-season process of facing big league hitters in actual, competitive games. There is a certain rhythm to these things, and Kimbrel’s may be so busted up that his 2019 season is going to be sunk no matter what.

… but he’s still a target worth signing.

Consider that, even if Kimbrel signs as soon as he’s unattached from draft pick compensation tonight at midnight, and even he ramps up quickly to a competitive level, he probably doesn’t pitch for your club until late June. That’s *still* probably quite a bit earlier than the first wave of impactful bullpen arms are traded.

Moreover, every acquisition comes with a risk of strange underperformance thanks to the adjustments of changing organizations, cities, roles, etc. Consider the recent Cubs additions of guys like Justin Wilson and Brandon Kintzler. Good, long-term-successful relievers who stunk upon joining the Cubs, mostly for reasons later explained away by that very adjustment process. If Kimbrel signs on and stinks, there’s no guarantee that would have played out any differently with a big-time trade acquisition.

And, critically, Kimbrel costs only money. We can debate whether the Cubs actually have any of it, but, presuming they do, it is vastly more desirable for a club in the Cubs’ position to acquire a reliever for money rather than prospect currency. Over the next few years, the Cubs figure to have a whole lot of one of those things, and really don’t have a lot of the other.

Let other suitors – and there will be plenty – be scared off by the risk that you’re signing a guy who was already showing cracks last year, and then sat out a half a season. The Cubs are going to have bullpen needs that extend beyond this season anyway, and so, if Kimbrel is still seeking a very reasonable three-year deal (prorated in this season, and then two more years), the Cubs are among the best fits to sign him. Maybe he does suck this year thanks to the layoff. That’s a bummer, and man, we’ll have some bad feelings come October. But he could reset and be a very effective reliever again the next two years for the Cubs. Justin Wilson did it. Brandon Kintzler is doing it. That mitigates some of the risk, doesn’t it?

Also, we can’t just talk about the risk without talking about the upside. Did Kimbrel fade last year? Yup. But might he actually benefit from the time off and saving some bullets this year after a very long postseason in 2018? Yup. Might he, at only 31, be the guy he was just two season ago in Boston – an otherworldly, super-elite closer who was worth a whopping 3.5 WAR out of the bullpen? Yup.

Of course there’s risk in signing a guy in Kimbrel’s situation. But if you’ve got the money and you’ve got the need, you accept that risk because it means you got a guy sooner than a late July trade, one with as much upside as anyone who will realistically be available, and you got him without giving up a cache of prospects.

I’m very glad to hear that the Cubs are interested in Kimbrel, and I’m excited to see how his unique free agent process plays out starting at midnight. The Cubs won’t be the only game in town, but they should be among the most aggressive.