Don't Pitch to Baez Ahead 0-2, that Bizarre Rizzo Play, London, and Other Bullets Skip to content 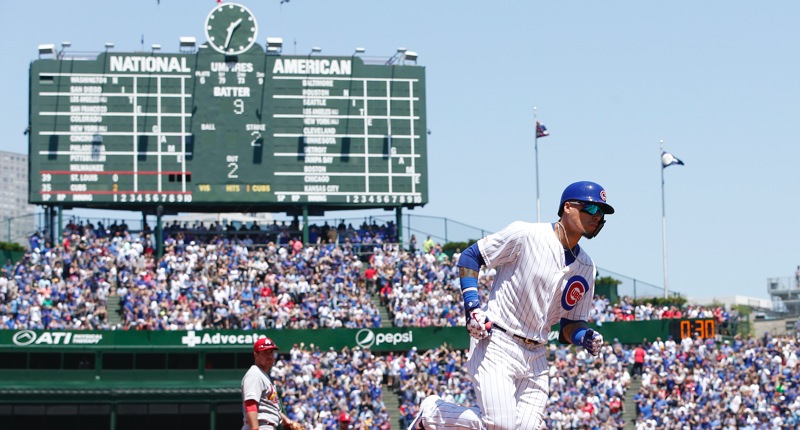 As the other guys can attest, I was extremely diligent about applying and re-applying sunscreen in the bleachers yesterday, because it was an especially bright and sunny day. The rub is that a day later, it becomes very clear the little spots here and there that you missed. The top of my right hand looks like I’m wearing a red glove.

Just a quick update on @javy23baez’s splits on 0-2 counts: pic.twitter.com/ZnRAg1mv7D

Four of the top 15 bats in the NL still belong to the Cubs. pic.twitter.com/dmXC3FIpXw

Our most popular shirt is finally back in stock! https://t.co/tN24g6VQBn pic.twitter.com/OfJNmK1hbw

Boom. You asked for it, and just like that, we made it a shirt: https://t.co/NzmOjbEXMZ pic.twitter.com/9zVUnIwKiF