Next for Alzolay, Why No Strop, Willy's Poor Willy, and Other Bullets Skip to content 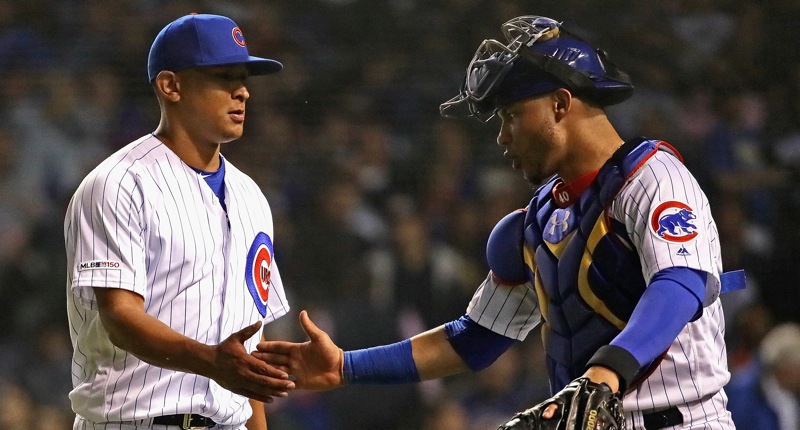 I know that many of you here at the Cubs side of things are not Bears fans or Bulls fans, and to you I just want to say that I genuinely appreciate you tolerating our mentions of that coverage. It’s something we’re excited to do, but I also know that some of you have been here for a very long time solely to follow our Cubs/baseball coverage. I really appreciate that support.

To that end, here’s something hopefully everyone can enjoy – it was technically tied to our new Bulls coverage, but, hey, it’s me and Michael embarrassing ourselves. And yes, Michael’s was better:

I hate you guys … so much. But a bet’s a bet … GO BULLS!! @BN_Bulls pic.twitter.com/z6CJSbRoUY

One thing to add: Per sources, #Rays, MLB recognize they would need to compensate players through tax equalization, housing allowances and possibly additional money. Union does not comment on hypotheticals, but still does not figure to be enthused by two-city plan. https://t.co/ES3V49vI8l

Answering all the questions you have about the Rays exploring the possibility of splitting the season between the Tampa Bay area and Montreal: Why it could work, what's standing in the way and what it all means. An FAQ at ESPN: https://t.co/NVeQSsrk6E pic.twitter.com/XX6SVHLQWK

BREAKING: The Chicago #Cubs have received MLB's permission to explore becoming a two-city team: Chicago and Milwaukee, but then they realized they already own stadiums in both cities.

Robel Garcia was released by the Indians and had been playing for the Italian National Team when the #Cubs decided to give him a shot. It's paid off. He's become one of the most powerful hitters in the organization. https://t.co/GE5J5klzYl

Aaron Rodgers Gets Passive-Aggressive During a Humblebrag … Because Of Course https://t.co/N4dV8MLguf pic.twitter.com/qFAei2Uw6F

Instead of Giving Away Their Second-Round Pick, the Bulls Used It to Draft Daniel Gafford https://t.co/G7x9gAgQQZ pic.twitter.com/R8p14sLomv

Coby White when he gets to his first #Bulls practice… pic.twitter.com/WFX3Q3KTaj