One Thing We Can Say With Confidence: Robel Garcia Has Power Skip to content 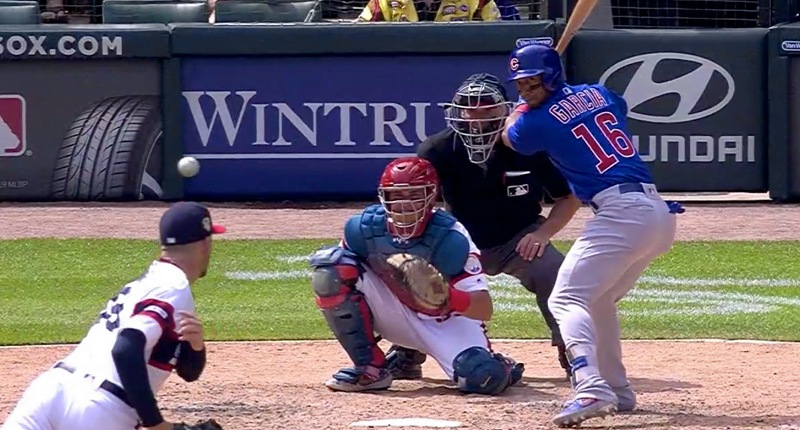 He might be the best story in all of professional baseball this year, and that would be true even if he hadn’t gotten a taste of Major League Baseball.

Cubs utility man Robel Garcia failed out of stateside ball six years ago in the low levels of the Indians farm system, and ultimately wound up playing professional ball in Italy – not considered a hotbed of future talent – before he was discovered by a Cubs scout last fall. At 26, and with so much pro experience, the Cubs decided to let him take a crack at AA, where he raked so much that they very quickly had to send him to AAA for a challenge, and he just kept on crushing the ball. Then, when the Cubs needed a spark, they decided to just give him a chance in the big leagues. It’s nuts. But it has happened.

So far, Garcia has taken just 13 big league plate appearance, so you can really only have fun with his .364/.462/1.091 slash line. But one thing you know for sure, regardless of how much time he’s seen in the bigs, is that the power – in the current environment – is real.

Look at this beautiful chart:

An average fly ball distance around 310 feet for a month and a half? That’s solid, and it adds support to the idea that, even as we cannot yet reliably project whether Garcia can stick as a big league regular when you consider all facets of the game and the adjustments pitchers will make, I do think we can say that the guy obviously has very real power.

Now, then, I do have to offer one potential bit of gum in the works: keep in mind that we know that the baseball, this year, is different in a number of ways that specifically allows for more distance on batted balls, and we also know that AAA started using that same ball this year. So when you see a HUGE spike that like for Garcia at AAA and in MLB, that’s partly to be expected because of the ball, itself.

That said, having sufficient power to take advantage of the environment is a start. Will it cause a precipitous fall-off in performance if and when the ball changes again? Maybe. Will strikeouts eat Garcia alive before he can even get there? Maybe.

But consider how much work this guy has put into his professional career, and consider that he’s still only a 26-year-old with developing power. Might as well be happy for now that the Cubs managed to land him.