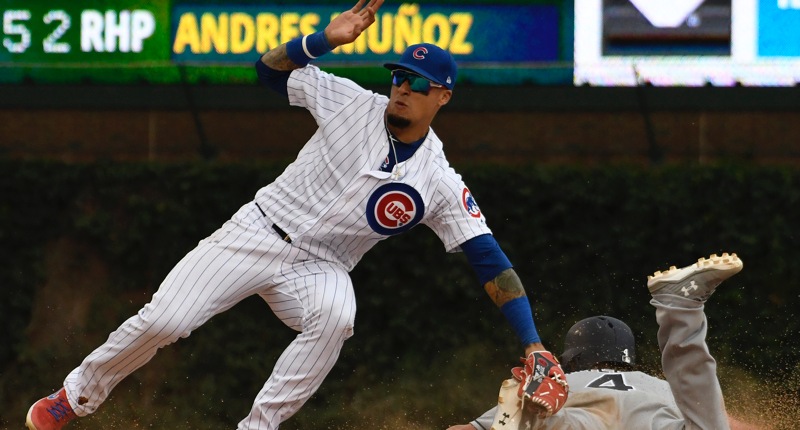 YES! You are awesome people, contributing to such a great cause at Make-A-Wish for the BN Blogathon. We’re now almost halfway to our goal of sponsoring two wishes for young Cubs fans, with a little more than a week to go before the Trade Deadline. If you’ve been thinking about giving, here’s your link for a (tax-deductible) donation!

At the same time, Joe Maddon was gushing over Javier Báez and the no-look tag: “He’s a baseball player and you saw a lot of plays today that weren’t baseball plays. The game is clamoring for baseball players that know how to play this game. And he is one.”

Another lefty on mound means another day with Schwarber starting off on the bench. Maddon reiterated this morning that the Cubs need to get the likes of Almora, Bote and Russell back on track vs. LHP.

Wrote on that Friday: https://t.co/q9WiMwZCsJ

I just … I have never seen a pitch like this. I don't know what to say.