Pedro Strop Isn't Giving Up - And the Cubs Shouldn't Either - But How About a Role Change? Skip to content 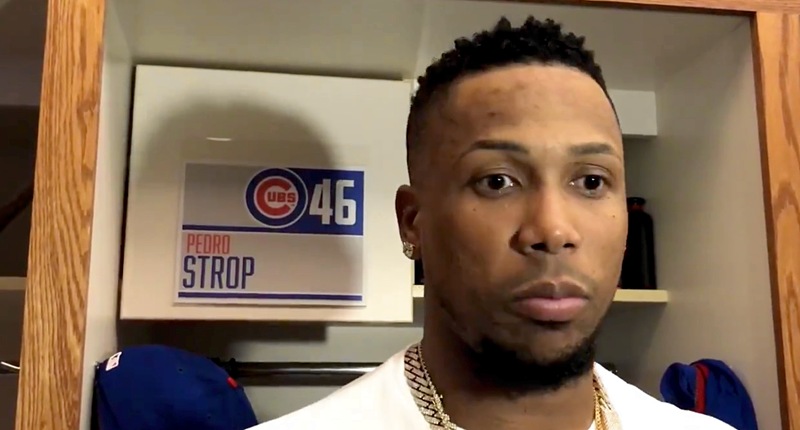 I’m gonna share the things that Pedro Strop and Joe Maddon said about last night’s 8th inning implosion, but I want to make no bones about my position up front: I don’t think the Cubs should “give up” on Pedro Strop, but I do think it is LONG past time for him to be pitching in different situations right now. I said it weeks ago, and I’m going to keep saying it.

It is irresponsible, given his injuries, lack of command, and loss of velocity, to keep treating Strop as the locked in 8th inning guy when he hasn’t pitched like it all year. I love the guy, and he has been one of the best Cubs relievers of all time. But he’s off right now. Nobody can question it. Why should the Cubs keep losing games while he works things out because he is stubbornly inserted into the biggest moments? If he’s healthy, then let him build his command back up in lower-leverage spots. You can “believe” in him all you want, but that doesn’t magically rectify whatever is off with Strop right now, and the Cubs are losing games in the meantime. It’s not as if there aren’t other options, and I recognize that’ll likely change further in the coming week. Believe in Strop by putting him in the best position to succeed for the team, and work his way back to a more critical role.

OK. Off my soapbox.

As for last night, specifically, Strop didn’t get absolutely crushed (with the exception of the Austin Slater double that Albert Almora nearly caught), but he was giving up good, solid contact because he was missing his spots with flat pitches that didn’t have the velocity we’re used to. (Note: Strop started more heavily using a cutter the last couple years, and it was a very successful pitch for him to induce weak contact. Typically, it came in at 89/90 mph, but this year it’s been more 88 mph. And his signature 85 mph slider? It’s coming in at 83. It’s not just his fastball that’s dipped.)

It’s not hard to see that, on another night, he might have gotten out of this same performance unscathed. But I don’t think that should have, or would have, changed you level of concern:

Strop knows he’s off, and he’s just gonna keep facing the music and plugging away, because he’s a good dude:

Strop: “I’ve been having a tough time with my sinker” pic.twitter.com/vx7oZGXO2E

As for Joe Maddon, he’s not giving any hints up right now about a role change, though that doesn’t necessarily mean anything:

Maddon: “I really believe in Pedro.” Said he stuck with him, based on configuration of lineup.

Maddon didn't indicate a change in roles but these things often happen without being said. He did say Strop would be off tomorrow so we'll see who gets the 8th, if they have a lead. Either way, a lefty, righty and a bat are deadline needs. Can they all be filled?

We’ll see what happens in the coming days.