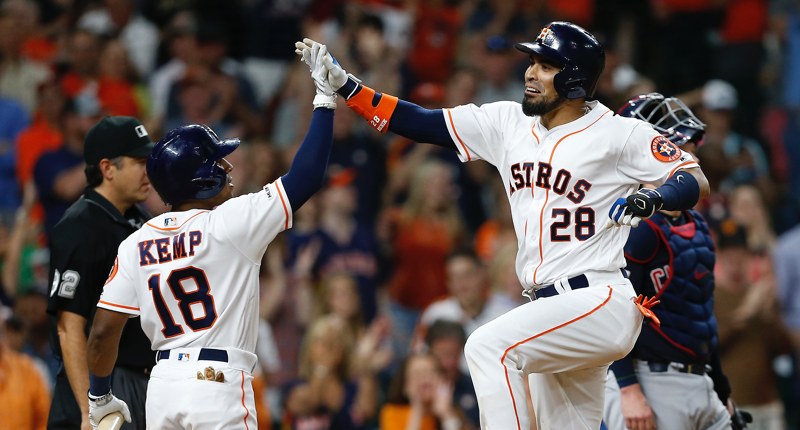 In effect, the Chicago Cubs have traded swing-man Mike Montgomery for Tony Kemp (and a little freed up cash) – there was just a little Martin Maldonado pitstop baked into the middle. Brett has more on the Cubs deadline deal and implications right here, but with that out of the way, let’s get to know the Cubs newest bat.

Baseball Savant has his overall production at a .310 wOBA but his expected wOBA – based on the quality and type of contact, among other factors, is lot worse (.270). What Kemp will do, however, is make plenty of contact (16.0 career strikeout rate) and take his fair share of walks (9.6% career walk rate). For the end of the bench, you can do worse.

As a lefty, he carries traditional splits for his career (i.e. better against right-handers), but the opposite is true this season. In general, I’d just expect him to be a league-average bat all around, who could be relied upon to make contact (something with which the Cubs have struggled).

Given his ability to play second base and hit from the left-side of the plate, you do have to wonder what this says for the immediate (and long-term) future of Daniel Descalso, who’s under contract with the Cubs for another year after this one. The Cubs just brought in Kemp, so you have to imagine they want to keep him around for now, and unless they’re getting rid of one of Albert Almora Jr., Ian Happ, or Victor Caratini in the next few hours (which I doubt), it’s tough to see where Descalso fits in. Maybe that was the point.

(Note: There’s also Robel Garcia – switch-hitting second baseman – who slipped my mind. Let’s just wait to see how this deadline shakes out and then discuss the Cubs options on the bench. Addison Russell is also in Triple-A, but I rather he stay there at least until he makes the necessary adjustments at the plate to show he can be more than just a quality middle-infield glove).

Speaking of which, Kemp has just over a year of service time so far, which means he’s not even arbitration eligible until 2021 and not a free agent until 2024. If you think he can maintain his generally above-average defense at multiple positions for the next few years while maintaining a league-average-ish bat, that’s a pretty nice (even if extremely underwhelming) bench piece for cheap.

And, hey, at least he’s trending in the right direction *this year*, right? Eh … those xwOBA numbers are preventing me from getting too excited. 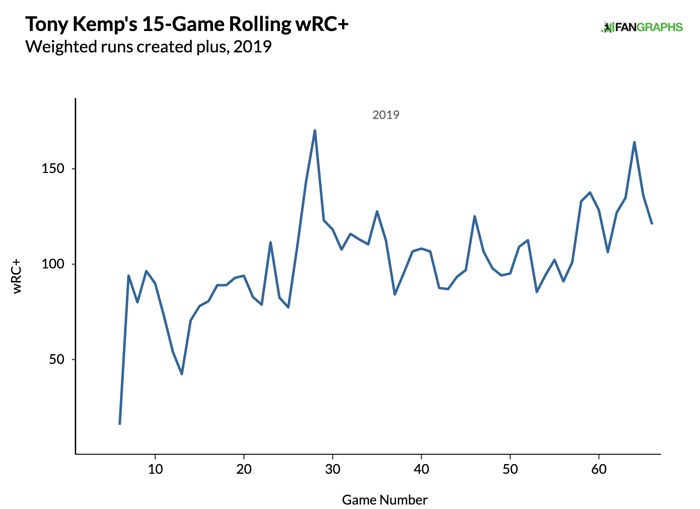 This is decidedly NOT the bat we wanted, but the Cubs did, at least, improve at the margins. Maybe that’s all we’re going to get. 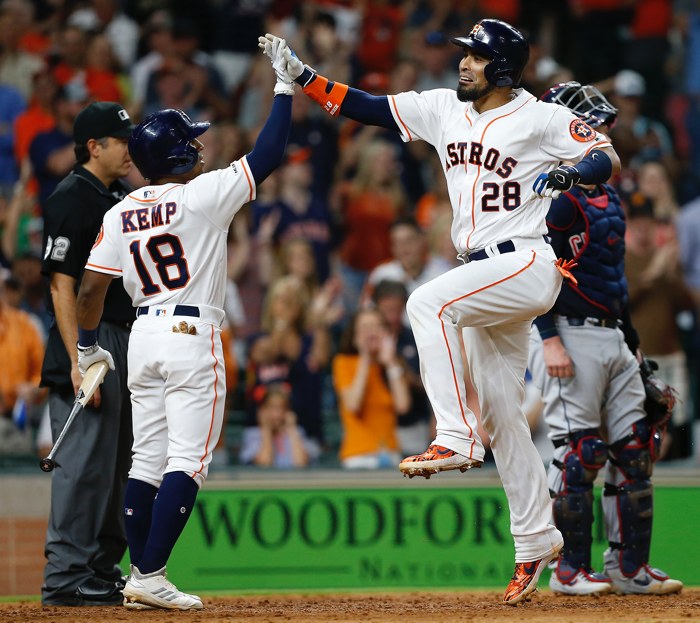