Finally: MLB Brings Down the (Relative) Hammer on the Pirates Skip to content 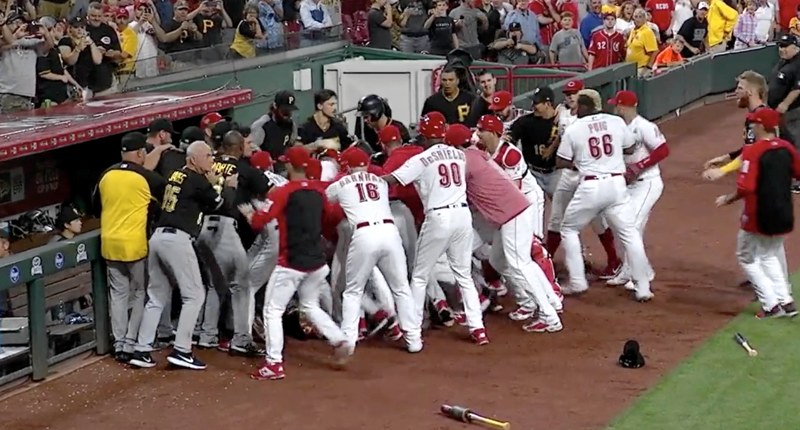 After the umpteenth incident involving the Pirates throwing dangerously at a batter for ridiculous and unnecessary reasons, Amir Garrett and the Reds had enough, sparking a huge brawl late on Tuesday night.

The Reds' and Pirates' benches have cleared. pic.twitter.com/za8hYc0zuX

We knew there would be big suspensions from this one, but what was not a lock was that MLB would take into consideration the Pirates’ history. Thankfully, with the suspensions handed down today, the league clearly did.

“Eight individuals have received suspensions for their roles in the bench-clearing incident and other events between the Pittsburgh Pirates and the Cincinnati Reds during Tuesday night’s game at Great American Ball Park in Cincinnati. Joe Torre, Chief Baseball Officer for Major League Baseball, made the announcement.

That last bullet is the best of the bunch. Sure, the punishment is light, but I have *never* seen a manager suspended for his team’s ongoing practice like this. It’s a start.

It is also nice to see Kela get a longer suspension than Garrett, even though Garrett was the one who charged the Pirates. Again, the league knows there is a lot more to it than just one pitch, and one guy charging.

Clean it up, Pirates.