How About Tyler Chatwood, Eh? He Just Keeps Filling in When the Cubs Need It Most Skip to content 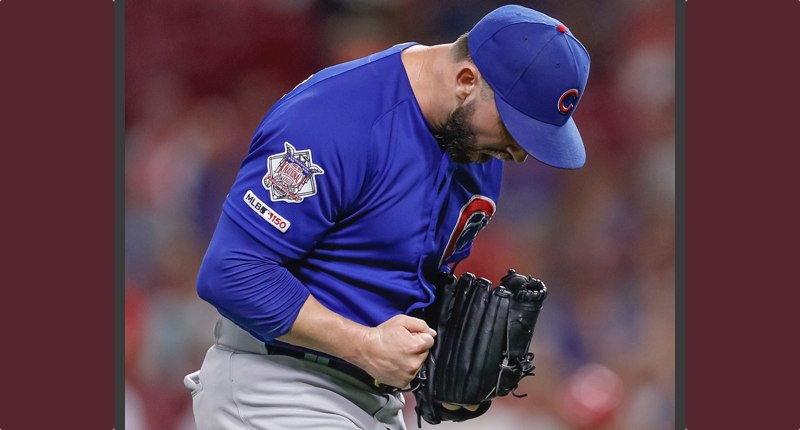 The guy did it again last night.

Last night, he did even more than that, dominating a hot Reds lineup in their hitter-friendly home for three innings, bridging the game from a 5-5 scary tie to a laugher in favor of the Cubs.

Chatwood went 3.0 scoreless, allowing just one hit, one walk, and striking out six. The performance brought his season ERA down to a relatively sparkling 3.92 (ERA- is 11% better than league average), and it’s all the more impressive when you consider he’s done that swinging all over the place in his roles this year. The guy has been incredibly valuable.

Yo, that strikeout of Aquino, by the way? An incredibly dangerous hitter who represented the tying run? To perfectly execute that slider away in a 3-2 count, taking advantage of a young guy’s aggressiveness? It was just perfectly done.